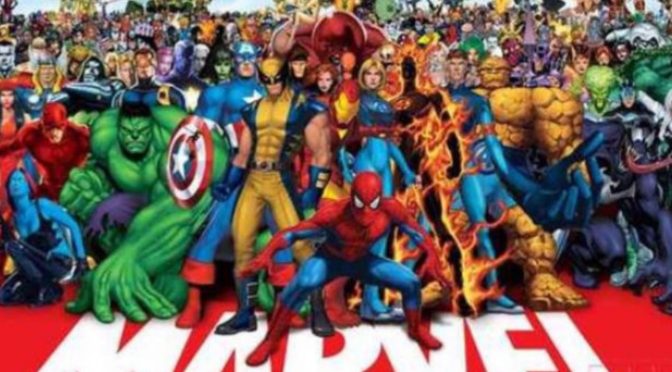 Marvel has re-obtained the X-Men properties, so obviously BILL AND TED 3 GETS ANNOUNCED!

On the Orion Pictures YouTube page, Alex Winters and Keanu Reeves formally announced Bill and Ted 3: Face the Music . The duo revealed they plan on shooting the film this summer, which would mean a pretty quick turnaround for the project – hopefully by next summer.

With everyone so go-go over more Marvel films being made with the Marvel Formula, I thought this was important to bring to your attentions.  Bill and Ted as films are some of the most impressive, well made and surprisingly optimistic films you could really get in the 80’s.

Despite being relatively lacking in real world knowledge or book smarts, the films follow two guys with the ultimate goal of bringing some joy to the world, while dealing with the wildest of scenarios.  Sure it’s a third film, and probably more of the same will come from it.  Yet, it’s going to feel fresh since there’s not been a film like it since Bill and Ted’s Bogus Journey.

The X-Men movies will be made, because there’s money to be made.  Same with the Fantastic Four. Yet those are just nerd prop pieces in Marvel library of “taking-your-money-101”. These film lack soul.  They lack any type of resonance.  Bill and Ted’s third film, hopefully, will be a film all about soul and resonance.  It’ll be a film about coming together.  So yes, be happy about Marvel getting back the X-Men (but respectful; thousands of people lost their jobs today), but also keep an eye out for Bill and Ted 3, as it’s going to fucking rock.

Dean Parisot of Galaxy Quest fame will direct Face the Music, with a script from original writer Chris Matheson and Ed Solomon.  The film is expected out on August 2st, 2020.

Stranger Things season 3 has announced a July 4th release date, with the theme of this season being set in the summer, some significant time after the events of season two.  The series lost a lot of steam in the 2nd season in my personal opinion, but there is still a market for the show.  That being said, there are some rumors of the show having a short life span, mostly so it doesn’t drag on and become reviled for falling off in latter seasons as many shows do.

Quick Hits – Quentin Tarantino released a trailer for his next film called Once Upon a Time in Hollywood; and I don’t get it.  CBS has added Arrow alum Katrina Law (Nyssa al Ghul) to their Frankenstein series as Ryan Phillippe’s onscreen wife.  Phillippe plays Mark Escher.  Marvel and Disney are only considering keeping Deadpool in continuity now that the acquisition of Fox Studios is finalized.  Konami has launched a $20 collection of classic Konami arcade games. It’s not imrpessive.