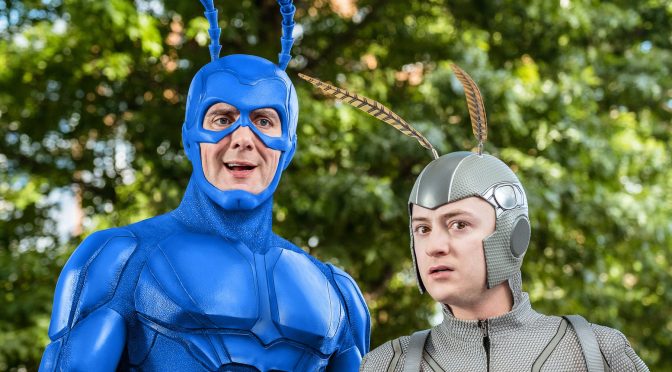 The first season of The Tick was a show I didn’t know I wanted.  It was goofy, but deep.  Honest but bonkers.  Action oriented, but just so fucking stupid.   It was a sleeper hit for me.  So it’s about time we get the season 2 trailer.

It seems the 2nd season will focus on more diverse heroes and villains, instead of just The Tick, Arthur, Ms. Lint and The Terror.  So sign me up for this.  Should be fun.

Nintendo has revealed the 8th generation of Pokemon games, dubbed Sword and Shield.  The game will take place in the Galar region, which is an “industrial revolution style England” and will be the first time a generation series gets released on a home console; dropping on the Nintendo Switch.  The game is due out in the 4th quarter of 2019, just around time for Christmas.

Rami Malek is onwards and upwards to bigger things after a starring turn in the Queen biopic.  The soon-to-be-former star of Mr. Robot is being rumored to join the next James Bond film, Bond 25, as the villain; according to Collider.  He would certainly represent a unique take on a villain for the franchise, with his slender frame and expressive facial features.  Can’t just put him in a bald cap and have him stroke a cat.

Quick Hits – DC Universe’s Titans has cast Joshua Orpin as Superboy in season 2 of the hit series.  Despite none of my Star-Trek fans watching the series, and being ignored by many diehards, enough casuals are watching Star Trek: Discovery to get a third season.  The release date for the much anticipated Aquaman 2 will be released on December 16th, 2022.