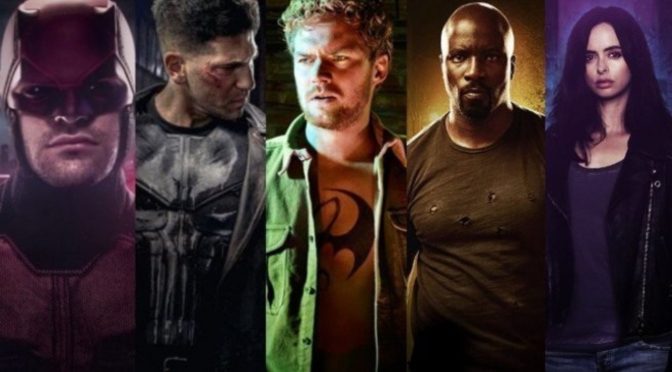 This should come to no one’s surprise to find out that Netflix has cancelled The Punisher and Jessica Jones.  The series known as Jessica Jones is set to debut it’s third season sometime this year, though no release date has been given.

sons of Daredevil, Jessica Jones and Luke Cage, respectively.  Yet later seasons didn’t generate the same buzz or hype, and with Marvel being owned by Disney, and Disney launching their own streaming service, as well as taking controlling stake in Hulu, Netflix opted to cancel the Marvel shows.

There has been rumors linking the Netflix-Marvel universe of shows to the Hulu platform.  This would be a boom, as those five shows are all part of the MCU-proper and losing Daredevil and The Punisher are two blows I doubt the MCU wants the same year they lose Thor, Captain America and Iron Man.

What will happen with the television series? No idea.  Though it is funny that the much maligned Agents of S.H.I.E.L.D. are still going, despite being less critically received.

DC Comics is finally getting into the zombie-genre with their release of DCeased (great title).  The series will be “more brutal tha the 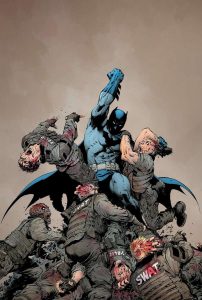 A mysterious techno-virus has been released on Earth, infecting 600 million people and turning them instantly into violent, monstrous engines of destruction.

The heroes of the DCU are caught completely unprepared for a pandemic of this magnitude and struggle to save their loved ones first…but what happens to the World’s Greatest Heroes if the world ends?

The book is being written by Tom Taylor, with art by Trevor Harisine, Stefano Gaudiano, and James Harren; with long time Batman artists guy Greg Capullo doing the covers.  The book drops on May 1st, 2019.

Quick Hits – John Wick spin-off series, The Continental, will not see the return of Ian McShane. McShane is not interested in doing series work at the moment.  DC Comics is publishing a Jimmy Olsen series by Matt Fraction and Steve Lieber.   Patrick Stewart is reportedly “turned on” by returning to Star Trek as Jean-Luc Picard.  So that’s something.  Disney’s Disney+ streaming service is looking into a number of Star Wars series for the streaming platform, with one eye on a possible Obi-Wan Kenobi series.