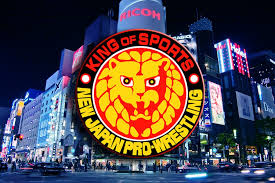 NJPW Returning to the States – Last night during NJPW’S Strong Style Evolved, it was announced that they were returning to California on July 7th. This time however it’ll be for a night in the G1 Climax, and in San Francisco at the Cow Palace.    The Cow Palace is one of the last classic wrestling arenas still standing, so the iconic nature of this cannot be over played.

Jimmy Jacobs On His Run in IMPACT – Jimmy Jacobs revealed during his media call why he opted to go to IMPACT over returning to ROH Wrestling, saying;

I absolutely did have offers from others. I talked to ROH about going back there but I have been there for a lot of years,” Jacobs said. “I wanted to do something new, I had a conversation with Scott D’Amore and Sonjay Dutt on the phone about different things at Impact and it just seemed like a nice fit. So my first time in Ottawa [at Bound for Glory] was a test run to see how the fit was. We are in a rebuilding phase and they needed somebody who could wear a lot of hats and do a lot of different things and I had experience in all those things. It was a nice week in Ottawa and solidified that Impact was the direction that I wanted to go

When I got fired from the WWE, I was in the WWE bubble. So when I got fired people kept telling me that the independents was booming, but I didn’t know about it,” Jacobs responded. “Sami Callihan called me up straight away and introduced me to promoters and stuff and it’s brilliant. There is more awesome wrestling going on now than ever before. So much great talent and it’s great to still wrestle on independents and work at Impact as well and there are some guys I get to work with that I would love to bring to Impact. I’m making more money than I ever have before in my life so I am not mad at it.

UK Brand Happening? – Apparently with the end of 5 Star Wrestling, the WWE is striking while the fire is hot, and there’s room to grow.  Dave Meltzer is claiming that the WWE is going ahead with the UK project they’ve been trying to launch for some time now, and renewed their “big five” UK Talents, Pete Dunne, Mark Andrews, Tyler Bate, Trent Seven and Wolfgang.   They all had open contracts, for around $20,000 and it’s suspected one of them (probably Dunne) got a jump to $50,000.  That’s still not enough for anyone to sign exclusively though.    Doubling down though, they moved that ‘five’ to a ‘six’ when they signed 5 Star’s Zack Gibson for the UK Project.  He got his obligatory “can’t work or list” not that long ago, ruling out what promotions he can no longer wrestle for.

Quick Hits – Shane McMahon is in the hospital getting treated for diverticulitis.   With rumors circulating around about Hulk Hogan’s return, Mark Henry claims he’s not sure if he’s ready to see Hogan come back to the WWE.  Hogan was fire after a video came out in 2015 of him using racial slurs in 2007.  Hector Garza Jr and Ultimo Ninja are said to be in talks with the WWE.  Despite uncertainty, Bray Wyatt showed up in Toronto and attacked various wrestlers before Hardy came out and demanded Wyatt change.