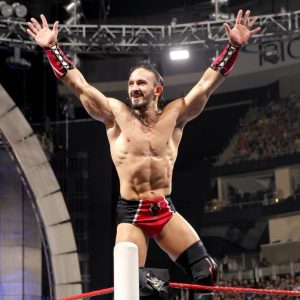 WWE Fires Writing – Indy wrestling name, Jimmy Jacobs hasn’t been on the scene recently due to him being a writer with the WWE for the past several years. Jacobs was highly recruited due to his creativity but has faded into the background in the wrestling zeitgeist. However when the Bullet Club, lead by Cody Rhodes and The Young Bucks, showed up at a show recently to ‘take over’, Jacobs took a photo with them. He then took the photo and posted it to his personal Instagram account. The act was apparently “the last straw” and was then dismissed from the WWE. This story is being reported by Ryan Satin, who’s hit or miss, but is being confirmed by Dave Meltzer. Jacobs is a valuable asset so we’ll see where he ends up.

Neville News – Adrian Nevile has apparently walked out of the WWE, after a list of compounding issues. A source confirmed to me that Neville was highly unhappy with how thins were. He didn’t like being relegated to the Cruiserweight Division after it became clear they weren’t going to put any money in or highlight big names. The losses of Taijir and Austin Aries, and the inability to bring in a major name apparently compounded the issue. The lack of merch was also an issue, as it was claimed that he felt like an afterthought despite the fact that he was the face of a whole division. The tweet that he last posted about his shirt was apparently a not so veiled jab at those in charge, as he felt the shirt was done just to ‘shut him up’. This was compounded finally when they wanted him to, allegedly, lose to Neville. While the source was unable to confirm or deny how Neville feels about Enzo personally, this was apparently the final issue, as Neville apparently saw that the WWE wanted to put over Enzo at the cost of himself. There’s been no decision internally if the WWE will release Neville as of now. The unofficial/official stance about three hours ago was that Neville was ‘taking a sabbatical’ until the higher ups made a decision.

I can confirm however that Vince made the decision to put the Cruiserweight Title match on last, with Kalisto wining, just to spite Neville. Vince has always been known to book out of spite quite often, and the rushed decision was his way of taunting Neville. Though whether it worked or not is anyone’s guess.

Ricochet to WWE? – There does appear to be a rumor floating around that Ricochet is heading to the WWE, which is the ‘rumor’ that’s existed since 2014. Though it seems to be all but guaranteed at this point. Ricochet will be wrapping up in early 2018 his deal with Lucha Underground, as apparently he has a 90 day no compete clause even AFTER his contract has expired. That’s scummy L-U. Scummy. However, it should be noted that Ricochet and Neville are very familiar and similar types of talents, so the treatment of Neville might of dampened Ricochet to a degree. Neville, when he was on the indies and known as PAC, was the same type of name and vaunted talent that Ricochet is today. As was Mistico/Sin Cara/Myztesis. As was Matt Sydal. The WWE has a history of ruining great high flyers. Think twice, Ricochet. This is your only warning.

Quick Hits – Luke Harper and Erick Rowan have reformed as a tag team as the Bludgeon Brothers. I’d of gone with Bludgeonaires. But that’s just me. The Miz will host MTV’s The Challenge.