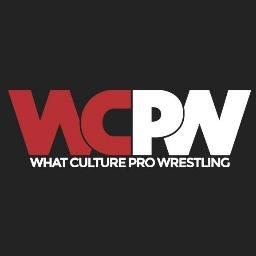 ‘Cade vs. ‘Cade? – The WWE always fucks over indy promotions it seems. With the return of Starrcade as a house show, they’re going head to head, not that far away from the WrestleCade event. Starrcade is set to happen on November 25th in Greensboro, North Carolina, while WrestleCade will be happening in Winston-Salem, North Carolina on the 24th, 25th, and 26th the same weekend.

WhatCulture in Trouble? – So in the world of wrestling related things, some of the biggest WhatCulture stars have left the company/promotion today. No word as to why, but it seems to center around some issues with WhatCulture boss, Matt Holmes. Confirmed today through the WhatCulture Twitter page, Adam Blampied, Adam Pacitti, Ross Tweddell (King Ross), Jack King (Jack the Jobber) and editor Sam Driver, all left to pursue a new project dubbed ‘C5’ on Twitter. The group was a large part of the rise of WhatCulture Pro Wrestling over the last (near) two years. So with their departure, the promotion’s future looks bad. The promotion and channel are owned by WhatCulture as a whole, so there’s no fear the brand is going away, and Simon Miller has apparently become the new face of the brand. For more on why the five men may have left, CLICK HERE.

RAW Ratings – The WWE is having a bad year. After all the hype of last year, the WWE is coming back down to Earth with low revenue, poor attendance and now stiff competition from a not so competitive NFL game. The ratings last night drew 2.83 million viewers, down from the 2.903. The show lost nearly 700,000 viewers from the start of the show to the end of the show.

Quick Hits: Paige is back at the performance center for a second day. Dancing with the Stars, featuring Nikki Bella, debuted to 10.7 million viewers.