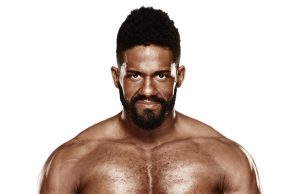 Darren Young Update – According to PWInsider, WWE Superstar Darren Young was back in action at last night’s Raw brand house show in Wichita, Kanas. Young competed in the Battle Royale to crown a No. 1 contender for the Intercontinental title match for later in the evening. Young was eliminated in the match by Apollo Crews after Young eliminated his former tag team partner, Titus O’Neil. Jason Jordan then won the match to get a shot at The Miz’s Intercontinental title later that night.

Sasha Banks Speaks – Sasha Banks took part in a live podcast with Sam Roberts. It was reported that over the SummerSlam weekend, after NXT TakeOver: Brooklyn III,  Sasha left her hotel room to grab a pizza where there were fans outside, when she didn’t stop to sign autographs, people started to boo her. Some audio from the podcast has surfaced online, and Banks discussed fans who would wait for her at her hotels and airports while she is on the road trying to get her to sign groups of of 8″x10″ photos. Banks does not think highly of fans who call the airports to find out when she is flying in and considers it stalking.

She recalls when she flew home on a Monday after being concussed by a referee on accident. Fans were waiting at the gate and after a few minutes she asked the fans “wait, how did you know when I was going to land” and the fan in question said they called the airport to have a timetable of when you’d return home.

I am with Sasha on all this. You do not bug someone on their own time. In the podcast, she says she’s fine with doing this stuff at the arenas because she also tweets that she will perform at said venues, but she does say it’s a whole different level when you are waiting for her at an airport at 4am. To reiterate, you do not bug someone during these times, we have all heard it time and time again from many different wrestling personalities, so STOP doing it people.

Undertaker Rumor Killer – Rumors that the Undertaker could be returning this year are unfounded. A report had been falsely circulating that he had seen at SummerSlam training in the ring before the show, possibly for a return at No Mercy. Those reports were credited to PWInsider, who never made such a report.

Jerry Lawler previously said that Undertaker may have been at SummerSlam “doing scans for a new game…Everybody that was on the show that night, myself included, had to be scanned. This company, it’s not the 2K people, it’s a different game that’s gonna be coming out next year. So everybody had to have their face scans and their body scans.”