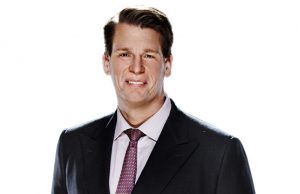 JBL Stepping Down – John “Bradshaw” Layfield took to Twitter to announce that he is leaving his position as an announcer on Smackdown. The reason that he is leaving so he can focus on his work with at-risk children and communities. Here is what he had to say…

“After much consideration, I will be stepping back my weekly role as Smackdown Announcer to dedicate more continuous time on the work I have done since 2010 with at risk kids and communities. My new schedule will allow me to continue to be a part of the WWE family and also continue my work that I feel is the most important thing in my life. I will continue my 20+ year relationship with WWE and will appear on such marquee shows as Tribute to the Troops, WrestleMania, amongst others.”

Samoa Joe Update – It was previously reported that Samoa Joe suffered a knee injury during a live event. At the time, he was expected to miss around four weeks. PWInsider reports that Joe went to Birmingham, Alabama to get his knee diagnosed and treated. Now he’s expected to miss between 4-6 weeks, according to the latest outlook.

ROH COO Speaks On Adam Cole – Ring of Honor’s COO Joe Koff discussed Adam Cole’s jump from ROH to NXT and how ROH has raised the bar in a new interview with USA Today. Here is what he had to say…

Do I feel any more because he left? I feel the same when anybody leaves. It always makes me feel like we did a good job on our part. This is something that Adam really wanted to do –and Bobby did and Kyle did and Kevin Owens before them – I’m all for their happiness. If they can fulfill their happiness in their roles, then I’m all for it…[there] forever will be a place in my heart for my time working with Adam Cole.”