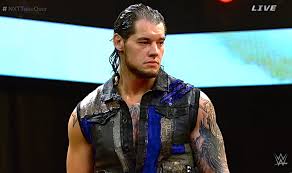 A nice bike ride and some light weight lifting has me in decent spirits, for tonight’s news posting!

Low Ki Release Update – PWInsider’s Mike Johnson has officially shot down Low Ki’s apparent contract dispute that some reported and reiterated that it was strictly due to Low Ki not wanting to go back to the X-Division in the build up to Bound For Glory. It remains an open door for whenever he would like to return.

Other GFW News – It’s being rumored that GFW will be filming stuff down in Mexico this weekend for TripelMania XXV, which will have a large GFW contingent, with Johnny Impact defending his three titles in a triple threat TLC match. Speaking of Impact, he received a large amount of praise for his work this past weekend.

Homicide was not used at this weeks tapings due to the number of wrestlers they already had. In other news, D’Angelo Dinero left the company due to the two sides being unable to reach a deal on a new contract but the door for him is open as well.

Baron Corbin Update – The current word going around with Baron Corbin’s push is that it ended due to John Cena. Apparently Corbin had a situation backstage that caused some ruckus, and Cena came over and lambasted him for being unprofessional. It’s then being reported during the Cena/Corbin match that Cena alluded to something that happened between the two off camera, and was unscripted. The folks are saying Cena didn’t lobby to squash Corbin, but that the office simply fed Corbin to Cena because they weren’t happy that Corbin had to be scolded.

Quick Hits: Bruce Pritchard is expected to return to t.v. around November but that could always change. Dalton Castle’s injury he suffered at the hands of Cody Rhodes and the Bullet Club is part of the storyline. Stone Cold reiterates that he and CM Punk will never wrestle. Adam Cole, Bobby Fish and Kyle O’Reilly formed an alliance due to Drew McIntyre being taller than Cole and wanting the heels to look intimating.