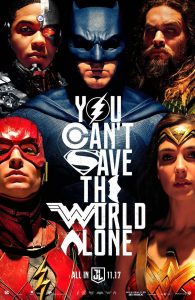 Not too much in the way of news, but enough to do a posting so let’s hop in. Program Note* ComicCorp will be getting reworked a bit in the near future, to encourage more discussion and less regurgitation.

DCEU News – The director of Matt Reeves is claiming that “The Batman” will not be apart of the DCEU, stating that it’ll be a standalone film. However, many are claiming that he misspoke, and meant that it’ll be apart of the DC films, but part of the cannon. It just won’t feature any other Leaguers. It’s also being rumored that Imagine Dragon’s song on the “Justice League” soundtrack hints at the seventh leaguer joining the team in the film and many are expecting it to be Hal Jordan or another Green Lantern.

Jared Leto Returning? – Despite many wondering what will happen with Jared Leto’s Joker, it appears now as though he’ll reprise his character in “Gotham City Sirens” and “Suicide Squad 2”. Leto has been the subject of many rumors involving his involvement in the DCEU. David Ayer even went on to say that he wished he’d built the film around Joker, and made him the main antagonist. So that desire may have been what convinced Leto to continue on.

We lit a fuse on the first one and just blew it completely out of the water. I think we got lucky – we got hit with some setbacks and it was all for a good reason. We were trying to do something completely different. We were trying to do something that this genre of movie hasn’t seen before. We kept running into the same problems, and then Deadpool and Logan came through and kicked the doors down,. Now we’re really getting to do some of the things we’ve always wanted to do with the script – we’ve just sort of started over.

Opinion: This film could end up being a genuine disaster when it’s all said and done.

Quick Hits: Godzilla’s bout with King Kong will feature a more aged gorilla. Jesse Eisenberg’s Lex Luger has been rumored to have been cut from the film by Joss Whedon.