There’s a lot going on today with GFW, so this is going to be heavily influenced by that. Sorry other fans.

Two Major Names Returning? – As we’ve mentioned before, Petey Williams has returned to pro wrestling this year after retiring several years ago. It’s now being reported that he’s returning to not only pro wrestling but Global Force, a place he had a lot of success in. Williams was a multi-time X-Division Champion, and under Jeff Jarrett’s regime was well booked. No word yet on what context he’s returning to, if he’ll be pushed, if they’ll reform Team Canada, or what the immediate idea is.

On a related note, there is also word going around that Jim Cornette is backstage as well. Cornette was a TNA on screen figure for about four years before joining Jeff Jarrett in being ousted by the Hogan/Bischoff regime. It’s immediately known if he’ll be working in a context outside of being onscreen, or if he’s just working behind the scenes, but the word going around is that Cornette has agreed to some kind of deal with the company.

Opinions: Holy crap, the return of Petey Williams is brilliant. I loved him back in 2005, he’s still pretty young at 34-35, and has a lot of rested years now. So that’s awesome.

GFW Signs Fan – Indy wrestler Kiera Hogan has signed on with GFW wrestling. Hogan is a long time fan of the company, dating back over six years at least. She wrote out on Instagram the news today, saying;

Surprise! the girl on fire is a @impactwrestling knockout! Thank you so much to everyone for the overwhelming support! I could not be anymore happy for this amazing opportunity and I plan to capitalize! I can only remember dreaming about wrestling on tv and soon my dream will become a reality! The #girlonfire is about to heat up your TV! #aspiretoinspire #followyourdreams #a1sincedayone

Opinion: I’m always down for gorgeous women in wrestling.

GFW Departure – The Pope D’Angelo Dinero has announced on Instagram that he’s leaving the company shortly before tonight’s tapings. No word on why, and there are no valid rumors to speculate on. It makes sense that Jarrett and company want their guys in the company, as the regime takes hold and contracts come up, you’ll see this happen more and more. Pope was a Dixie-hire and forwhatever reason it appears that Jarrett wants to move away from him. No word on if he’ll be replaced or if Jeremy Borash and Josh Mathews will strictly handle the play-by-play.

Opinion: In all of wrestling, I thought Pope was one of the best color commentators in all the game, alongside Vampiro. So to see him go hurt.

New Titles Revealed – Global Force Wrestling has revealed their new championships on Instagram and…eh. The World and Tag Team titles are virtually the same as their previous incarnation, but the X-Division and Women’s titles are very cool. It should be noted that the women in GFW will no longer be called Knockouts, at least not the division’s name, as the championship belt says “Womens Champion”. 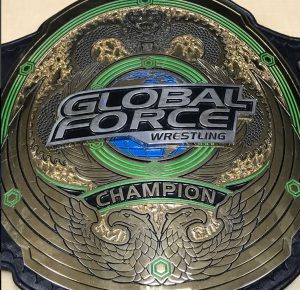 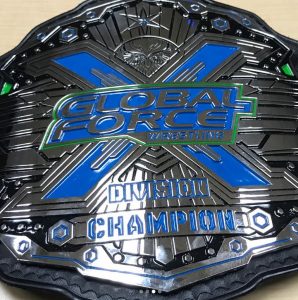 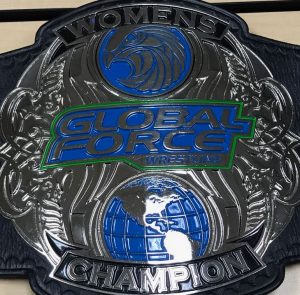 Opinion: The belts aren’t great. The World and Tag Team titles are just the GFW titles with a little more blue. Then the women’s is a bit better. It was the best of the original four. However, the X-Division title is outstanding. I’m digging it.