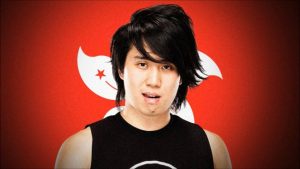 HoHo Lun Update – It was reported yesterday that WWE released HoHo Lun. Pro Wrestling Sheet reports today that the NXT performer requested release in order to deal with a family situation. WWE also issued a statement to the site, which reads: “WWE has granted HoHo Lun’s request to be released for personal reasons.” We here at NerdCorp wish for the best for HoHo Lun.

Eva Marie Update – Speaking of releases, WWE has also confirmed that Eva Marie is officially done with WWE as of today. She took to instagram to reveal it as well. She thanked WWE for the 4 years, as well as the fans. WWE also sent out a statement, wishing her well in her future endeavors. I was really seeing improvements in Eva Marie in NXT and it’s a shame she couldn’t show more of them in WWE with what happened. On behalf of everyone here at NerdCorp, we wish Eva Marie the best in her future endeavors.

Rey Mysterio Update – According to Sports Illustrated, WWE has decided to pass on a possible return for Rey Mysterio. There had been reports back in July that Mysterio was in talks with the company as well as Global Force Wrestling on a possible deal. SI’s Justin Barrasso says that WWE decided not to move forward because Vince McMahon was not interested in working with Konnan, who represents the Lucha Underground star.

McMahon has had issues with Konnan for years, stemming back to the early 1990s. McMahon poured thousands of dollars into Konnan’s Max Moon character at the time. However, he decided to focus on his rising star in Mexico and left WWE after just three televised appearances in the gimmick. He was also reported to have heat backstage with McMahon and others due to his negative attitude. Konnan was backstage at a recent WWE event visiting Chris Jericho and others, but he reportedly didn’t mend any fences at the time.

GFW is still a possibility for Mysterio, where he has a reported offer on the table. SI notes that Mysterio’s desire to maintain his own control of third-party bookings and his schedule may be a issue. That said, GFW may well decide that the positives of Mysterio’s name value are worth it.