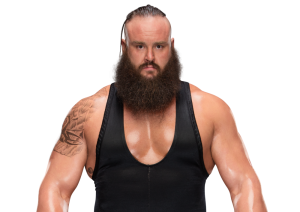 Braun Strowman/Karen Jarrett Update – It was reported yesterday that an argument at a bar between Braun Strowman and Karen Jarrett got really out of hand. Karen Jarrett had reportedly asked Braun for an autograph but Braun was apparently rude, maybe because he didn’t realize who she was at first. Once it was revealed that the Father of her children she asked for an autograph for was Kurt Angle, he apparently became very apologetic and even begged Karen not to tell Kurt. According to a witness, via PW Insider, it was just a “…drunken conversation in a bar that got loud, nothing more”.

Alberto El Patron/GFW Update – According to PWinsider, Alberto El Patron has a Combates America event happening on August 17th which is the same night as Destination X. Patron was supposed to resign from his post at Combates but has yet to do so. But with his suspension not lifted and the two events taking place on the same day, there’s a chance he could miss Destination X. Alberto El Patron still remains suspended, and that is a decision being made by Anthem’s Ed Nordholm. The two sides remain in regular contact, but there is no word on when his suspension will end.

Matt Hardy Speaks – Yesterday, a fan was making fun of Mike Kanellis on Twitter, noting that he’s a joke in WWE like he was in TNA. Kanellis took a shot at his former employer, noting that “except now I get paid.” Matt Hardy then replied to him, saying that “It is truly DELIGHTFUL to get your check every week, on time, without having to chase it down for months”.

Those proper deposits must be WONDERFUL!…