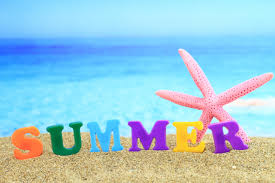 Summer’s just about over. It’s September now, and I forgot to do this list back in June, when I originally started it…oops. So if you need one last hit of Summer before Fall officially begins, I got the list for you.

10) Eurotrip (2004)
– Scotty Doesn’t Know that some 13 years later, this movie is still being talked about….kind of. From the fact the movie starts with a senior high school student talking to his pen pal, to the break up between he and his high school girlfriend on Graduation Day, to the fact they spend their summer backpacking through Europe before college, this is the prototypical summer movie. The lead Scotty is played by Scott Mechlowicz, and features Michelle Trachtenberg in a pretty impressive role. The film has a lot of grimy jokes, definitely a film of the era, but the mime fight and the ‘New Pope’ scene are still classics to this day. Plus, who doesn’t like soccer hooligans in their films?

9) Kings of Summer (2013)
– Nick Robinson, Gabriel Basso and Moises Arias star in a coming of age tale that sees comedy heavyweights Allison Brie, and Nick Offerman co-star. The tale sees Robinson’s Joe Toy rebel against his father’s controlling ways and moves out to the woods with his friends, Patrick (Basso) and Biaggio (Arias). After building their shelter, and learning to fend for themselves, the dynamic is shook up when a long triangle is introduced, causing conflict and grief. A typical coming of age tale, but made better by the fact it was shot mere miles from my hometown.

8) Weekend at Bernies (1989)
– Andrew McCarthy, Johnathon Silverman and Terry Kiser star in this beach comedy about a CEO (Kiser as Bernie) who tries to frame his two employees of fraud, but meets an untimely end. McCarthy plays Lawrence, and Silverman plays Richard, the two men Bernie tries to frame for his crimes. They end up stuck in a conflict where they have to keep pretending Bernie is alive, causing the same mob that Bernie was killed by, to continue to think that Bernie is still alive. It’s a movie about two people who abuse a corpse in order to continue partying, avoid prison and yes, hook up with women. It’s so wrong in theory, but so right in execution.

7) Camp Nowhere (1994)
– If I were to tell you there was a movie with Christopher Lloyd, Jessica Alba and every kid actor from the 90’s that you vaguely remember, would you be interested? Probably not, but what if I were to tell you that Lloyd was a fake counselor for a camp that didn’t exist, and the lead, ‘Mud’ (played by Jonathan Jackson) orchestrated, I bet you’d be a bit more interested. And what if I were to tell you that a young Allison Mack of Smallville fame was in it? And that it was a P.G. homage to the coming of age films from the 70’s and 80’s? It’s a sleeper hit, with some decent lines and a solid over arching plot to really get you to remember what summer felt like.

6) Grind (2003)
– Mike Vogel and Adam Brody star in a skateboarding comedy that features just about every major skateboarding star from the MTV era of 2003. The film follows four friends that go on a summer tour to try and catch the attention of their favorite skateboarding icon, in the hopes of earning a deal to become sponsored skaters. A pseudo coming of age story that features an impressive soundtrack, some awesome skateboarding action, and maybe the worst group of villains you’ll ever see. It’s silly and dated but aesthically pleasing especially if you were into the skate culture of the early 00’s.

5) Summer Catch (2001)
– Freddie Prinze Jr and Jessica Biel star in a clash of classes love story about a minor league baseball player hoping for a shot at the big times. while the baseball aspect is fun, and Prinze and Biel are delightful, it’s Matthew Lillard who steals the show as a catcher who can’t adjust to hitting with wood bats. The dynamics of a battery combo being total opposites, the highly touted prospect douche-bag motif, and the rival fathers ideal really brings some of the more recycled movie ideas to their zenith. A softball of drama for sure, it’s not “Field of Dreams” by any means, it’s well worth the time needed to finish it, and is pretty funny considering one of the running gags is “…what will the team mascot be?”.

4) Heavyweights (1995)
– What happens when three stars of the Mighty Ducks franchise decide they need help losing weight? Well they got to a fat camp, of course! The camp is pitched to the families as being a place where healthy eating habits, exercise and loving yourself are the tent-poles for a healthy lifestyle. However things go screwy when Ben Stiller’s diabolical and hilariously evil Tony Perkis Jr. buys the camp the first day, and changes it into an attempt at cashing in on informercials. He strips away the healthy aspect of the camp, and tortures the children through impossibly hard workouts, crash dieting and flat out shaming. Of course the kids rebel, and you meet Lars. We like Lars. This movie could never be made today and it’s a fucking shame, because the message and the purpose of the film is all about trying to be healthy and loving who you are. Those are some real solid life lessons there. The film is a must see.

3) Summer School
– Mark Harmon is entrusted with a summer school class in order to earn his tenure as a gym teacher at the local high school, but ends up missing out on a trip to Hawaii with his then girlfriend. Harmon’s Freddy Shoop is forced to teach these kids and get them to pass their English finals in order to keep his job, but of course these kids are all psychopaths who refuse to listen. Add in some high end hijinks, some summer romances, a weird teacher/student crush subplot, and the best substitute teacher prank of all time and you’ll think maybe it’s not the worse thing to end up in summer school.

1) The Way Way Back (2013)
– What if I were to tell you that Steve Carell, Sam Rockwell and Liam James (young Shawn from Psych) all starred and pulled off some of the best performances of their career in yet another coming-of-age-summer movie. Would you believe me? The star studded cast sees names like Toni Collette, AnnaSophia Robb, Maya Rudolf and Rob Corddry join along side them, about a teenager and his mother adapting to the new family dynamic with Carell’s character, an abusive, cheating, dick. The film follows a few months in the summer, as James’ Duncan ventures off into the Cape Cod beach community. Through his adventures in the city, he finds Rockwell’s Owen, the head of a water park. The two form an unlikely friendship and pulls at all the heart strings, while making you wish you could go out to a water park after watching it. The film makes you believe that age is in fact nothing but a number. It’s well worth the watch.