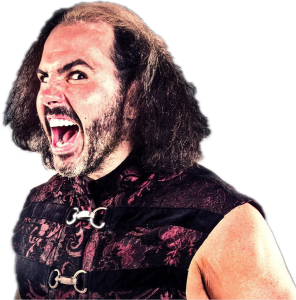 Broken Universe Update – Jeff Jarrett said earlier this week that GFW still had rights to the gimmick. Reby Hardy then said that a deal had been made and Jarrett was lying. Meanwhile, it was reported on Wednesday that a deal was drafted by the Hardys’ lawyers to turn over the rights to use the gimmick in exchange for possible monetary compensation. That report had noted that GFW President Ed Nordholm had yet to sign off on it. The deal would reportedly see The Hardy’s being able to use the Broken Gimmick with GFW seeing some sort of financial compensation, but Ed had not signed off on it. More on this I’m sure as more happens (or not)…

Unfiltered Cancelled – Hey, remember when we mentioned that Talking Smack was cancelled? Well another show has also kicked the bucket. Renee Young responded to a fan question on Twitter and said her WWE Network series Unfiltered, in which she conducted one-on-one interviews, has also been canceled.

I was actually watching some episodes yesterday just for shits and giggles, maybe I should stop watching things on the network before they get cancelled.

Dana Warrior Speaks – Dana Warrior has shot down Ryback’s claim that he was originally scheduled to face Ultimate Warrior at WrestleMania 30. Ryback made the claim on his Conversations With the Big Guy podcast, saying that Mark Carrano had shown him an early WrestleMania card which had him against Warrior. He said, “They kind of have an idea of what they want to do, obviously, ahead of time, and they had on it Ryback versus Ultimate Warrior,” but Dana posted to the Ultimate Warrior official Twitter account saying that the claim was not accurate.

Maybe Dana Warrior had no idea of the claims, but even Dave Meltzer said that it was being tossed around, so maybe she is only denying it BECAUSE she didn’t catch wind of it. Maybe Ryback is telling the truth that it was mentioned but clearly never came to fruition.

Simon Gotch Speaks – Simon Gotch recently spoke to “Wrestle List” about his unhappiness in WWE. Here is what he had to say…

“I was really unhappy. I’d actually been pretty unhappy there for a while. It’s kind of an odd little side story – the previous year, right after the takeover they did in Dallas, which myself and my former tag team partner Aiden English weren’t even on the live special from Dallas. And I’d always been really close with Biff Busick or Oney Lorcan as he’s now known, and he walked by and said ‘Hey man, how are you doing,’ and I just looked at him and said ‘I f–king hate this place. I want to quit,’ and he got this huge grin on his face. If you’ve ever seen Biff smile you know he’s got this very unique sort of half smile does, but it was that thing of really, frustration building up and being really depressed about how we were being used. And you always want to be doing more and when you’re feeling like you’re not being allowed to you’re literally being barred from doing more, it can wear on you a lot.”