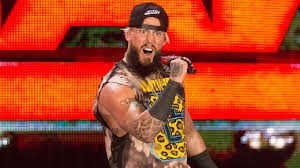 We actually have some relevant stuff to talk about today. Look at that. So no long intro, lets hop in.

Major Heat on Two – The Observer is reporting that Enzo Amore has apparently pissed off some people. Apparently Roman Reigns kicked Enzo off of the WWE bus for some reason and then was essentially frozen out of the locker room. Glad to know the WWE still let petty bullshit exist in their world. The word is that Enzo wasn’t happy with the splitting up of him and Big Cass.

Speaking of which, Cass is also getting heat backstage from the boys too, but this time as a staunch Donald Trump supporter. Which is hypocritical. The company as a whole essentially endorsed Trump publicly, and seeing how we all have the right to vote for whatever disaster is running in any given election, to give him shit for this seems even pettier.

Matt Hardy Sicking His Wife on GFW? – It really feels like the Hardy’s are about to play digital germ-warfare with Jeff Jarrett and Anthem. Their current plan is to try and ruin the reputations of Ed Nordholm, Jeff Jarrett and GFW to get what they feel is theirs. They’re using public pressure and scrutiny on a simple minded and easy influenced fanbase in attempt to outlast GFW. The reason for this is simple, they believe they can harass GFW into submission in an attempt to avoid the courts. Where they will undoubtedly lose. Matt seemingly hinted to such when he out and out said that Reby was being ‘peaceful’ up until recently. They lay all the blame at the feet of Ed Nordholm and Leonard Asper as to why Reby is again going off on tangents. But what are you going to do with simple minded people? I mean, remember, both Matt and Reby are violent individuals, with a history of abuse. So of course they’re going to lash out when they don’t get their way.

True. @EdNordholm & @LeonardAsper could end this issue, we've been willing to. Reby's been peaceful for WEEKS while they blatantly stall. https://t.co/R0i2qSCEYa

Patron/Paige Update – While we wait for news on Patron following his suspension from GFW, we now know thanks to the Observer that that Paige and Patron have mended fences again, reuniting for the third time since last weekend. If they ever break up, I don’t know how I’ll ever believe in love again (sarcasm).

Rumored SummerSlam Match? – Meltzer is also reporting that the RAW brand is rumored to be developing a four way match at SummerSlam. The reason the dearth of multiple participants in women matches are simple, Meltzer thinks; it’s to limit the storyline depth for the feud. They’re shallower angles, and don’t require as much work.

You know, the type of stuff revolutions are built off of.

Quick Hits – Jeff Hardy wrote and own the lyrics to his GFW theme “Obsolete”, which is why he can use the lyrics now. Same reason for R-Truth using his theme in both companies. Dixie Carter put over the idea of that there is a bias against GFW by agreeing with a fan online.