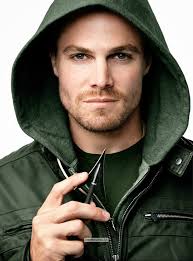 No big long intro here. Lets just get into the news.

Stephen Amell Wants More Comic Influence – Stephen Amell apparently wants more of Green Arrow’s social activism brought into the show, or at least, that’s what some have gleamed from the recent interview. In that interview, Amell claims that he wants interesting characters and an Oliver Queen who’s evolved and learned from his past mistakes. Here’s the full Amell quote;

I’ve said that it’s very, very important that if Oliver doesn’t take away lessons from Season 5 and doesn’t keep doing the things that have led to this catastrophic event, the character stops being interesting to me. So I hope that part of that, in Season 6 and if we have seasons beyond that, I hope that part of that is we get back to a lot of the tenets that people recognize from the comics. And that of course is humor and a socially conscious, slightly liberal superhero. The comics version, he has some really interesting qualities that make him unique, and I hope we get to explore more of those.

Stan Lee on 70’s ‘Spider-Man’ – Stan Lee hates the 1970’s Spider-Man television series. He’s not alone. Everyone does. It was awful, but below Lee goes into why he feels the show failed;

The Spider-Man TV series, I was very unhappy with because very often, people will take a novel, let’s say, and bring it to the screen… and they will leave out the one element, the one quality that made the novel a bestseller. With Spider-Man, I felt the people who did the live-action series left out the very elements that made the comic book popular.

‘Spider-Man: Homecoming’ Villain in ‘Silver and Black’? – Despite showing up in the most recent Spider-Man film, Michael Mando’s Scorpion is in fact connected to, and is being eyed to be Mendel Stromm’s henchmen, with a mechanically controlled tail, thus implying Scorpion. This is just a rumor, so we’ll see if he shows up, and if Mando will reprise the character.

Matt Reeves Confirms Batfleck’s Involvement – Despite the claims of several rumors, Ben Affleck is still a go for Matt Reeves “The Batman” series. Reeves claims that Affleck is still on board. It’s also been revealed that the film will focus more on the mystery and noir of Batman’s character as well, something other films greatly diminished.

SyFy ‘Tremors’ Reboot Series Add Classic Star – The Trevors revival on SyFy is still planned, and will in fact not only happen but contain original series star, Kevin Bacon in the reboot as well. Bacon will also serve as executive producer for the series if the pilot is picked up into a series. Bacon commented on this and said;

This is the only character I’ve played that I’ve ever thought about revisiting. I just got to thinking, where would this guy end up after 25 years? Andrew Miller has a fantastic take on it and we hope to create a show that will be fun and scary for fans of the movie and folks that have yet to discover it. Let’s kick some Graboid ass!