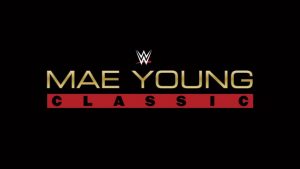 PW Noah Update – Pro Wrestling Noah will have members of their roster int he states during the first week of July. It is even possible that they may appear at Slammiversary, and will also be working with Scott D’Amore at his wrestling school.

Mae Young Classic Updates – WWE has announced 4 competitors thus far for their Mae Young Classic Tournament that will be happening soon. The 1st four competitors are Toni Storm, the first and reigning PROGRESS Women’s Champion, NXT competitors Lacey Evans and Sarah Logan. The final competitor announced thus far is Princesa Sugehit who hails from Monterey as a 20 year vet of the business.

In addition, there are also talks of former WWE Superstar Serena making a comeback to compete in the tournament. Talks are under way but nothing is official yet, according to Pro Wrestling Sheet. I mention it as a comeback because she originally retired from wrestling in 2015 but has stated interest in competing in the tournament.