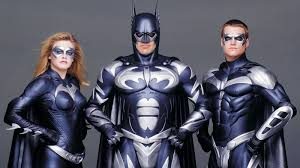 Not a lot of pro wrestling news at the moment, so we’re going ComicCorp first! Stay tuned tonight at 9 p.m. on the site and over at mixlr.com/nerdcorp for WrestleCorp!

Look, I apologize. I want to apologize to every fan that was disappointed because I think I owe them that.

However, a major addition has just been added to the roster. Jessica Chastain will be joining the franchise as Lilandra, the head of the Shi’ar Empire, who’s going to be on a mission to execute the Phoenix. She’ll apparently be the antagonist.

Donald Glover’s ‘Spider-Man’ Role Revealed? – Well fans, who were thinking illogically that Donald Glover would be Miles Morales, sorry to disappoint. According to various online, there appears to be a name for Donald Glover in the novelization, and it doesn’t at all match the name giving on a Disney Channel special.

At the party, while changing into Spider-Man, Peter sees an explosion in the distance and is forced to investigate. He finds two of Toomes’ men, Shultz (Bookem Woodbine) and Brice (Logan Marshall-Green), selling Chitauri weapons to local criminal Alex (Donald Glover) and intervenes. Brice subdues Peter with his Shocker gauntlets and flees in a van with Shultz, leaving the weapon behind. Spider-Man pursues them, but is intercepted by the Vulture, who takes him high above swing-level, triggering the suit’s defense system. It deploys a parachute to help Peter escape, but Peter falls into a lake and nearly drowns before being rescued by a remote-controlled Iron Man suit, due to a tracker that Stark put on the suit.

The special though indicates that Glover’s name is “Aaron Davis”, which may be a red hearing.

Quick Hits – “Justice League” film will apparently have some scenes in Gotham. Billy Zane signs onto “Legends of Tomorrow” to play PT Barnum in one episode this season.