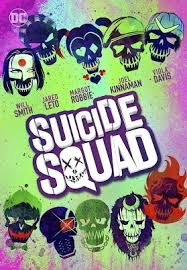 I’m literally recording SportsCorp as I type this. So no long intro. Tune in!

When Will Suicide Squad Film? – Despite no director in place for the sequel, “Suicide Squad 2” is set to start filming next year. David Ayer is not set to return, as DC has him handling the “Gotham City Sirens” project that is in production. Joel Kinnaman stated that he’s more than likely returning to the series for the next installment, but wishes David Ayer would come back to the project. The script according to Kinnaman is currently being written, and should be filmed sometime next year for a 2019 release.

Rampage Set Photo – The Rock’s next big project is the upcoming “Rampage” film, which the Rock is hoping is a better film compared to his last film, “Baywatch” which was slammed by critics much to Rock’s dismay. The film is currently undergoing and will be set to debut next year.

Rampaging nights with my partners in crime, Naomie Harris and Jeffery Dean Morgan. The animal loving anti-poacher Ranger from Rwanda, the groundbreaking geneticist from CRISPR and the cowboy himself from the OGA – the "other" government agency. Three gigantic mutated monsters (silverback, crocodile and grey wolf) rampaging across the country. Party in hell. We'll see you there. #OnSet #Rampage 4-20-2018

Wonder Woman Creator’s Movie? – A biopic about the creation of the “Wonder Woman” brand is in the works called “Professor Marston and the Wonder Women”. The film stars Luke Evans (Beauty and the Beast) as the titular Marston, Rebecca Hall (Iron Man 3) as Mrs. Elizabeth Marston, and Bella Heathcote (Fifty Shades Darker) as Olive Byrne.

AQ prod rented out a whole theatre for WW & invited crew. What a magnificent film! @GalGadot @PattyJenks you're an inspiration #WonderWomen