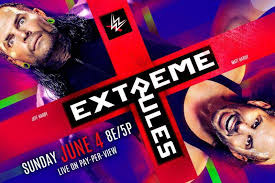 There’s not much news. At all. So. Yeah.

Interesting WWE Title Notes – The Miz is now second all time in Intercontinental Title wins, passing Jeff Jarrett and Rob Van Dam. Miz now has seven, and only Chris Jericho (9) has more. The Hardy’s also hit a milestone themselves, winning and losing the WWE Tag Team titles exactly a decade after the last time they won WWE tag team gold together. Winning the titles on April 2nd and losing them on June 4th each time.

For the third year in a row, Brooklyn, N.Y., will host NXT’s hottest event of the summer.

TakeOver: Brooklyn III comes to the Barclays Center Saturday, Aug. 19, one night before WWE SummerSlam emanates from the same building.

WWE COO Triple H made the announcement on Twitter:

Tickets for the WWE Network special event go on sale this Friday, June 9, at 10 a.m. ET, exclusively at NXTtickets.com.

NXT TakeOver: Brooklyn has played home to such historic showdowns as Finn Bálor vs. Kevin Owens, Bayley vs. Sasha Banks and Shinsuke Nakamura vs. Samoa Joe in previous years. There’s no telling what huge matches will go down this August, but this much is certain: Takeover: Brooklyn III will have the entire WWE Universe buzzing!

Don’t miss out on witnessing the action live in person — secure your ticket this Friday.

Quick Hits – Lashley/El Patron will kick off Impact Wrestling this Thursday with a “championship summit”. Alexa Bliss might face off with Nia Jax in her next title feud. Thea Trinidad has apparently signed with the WWE.