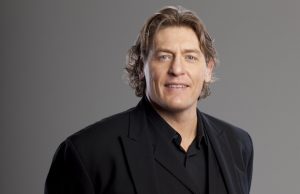 Hello everyone and welcome to today’s edition of The News!! This is the day where I bring you all of the wrestling news you will ever need for your Sunday night. Why would you ever want to go through many websites, searching through various articles when all the news you need is here, on the best website, the top website, the number one website and quite frankly, the only website you will ever need, NerdCorp. Enough nonsense, let’s just get to the news shall we?!?!

“We have a very odd friendship in the fact that I probably speak to him less than anyone in the company. He trusts me with what he needs to trust me with. He can literally look at me from across the room, and we know that have the same kind of mindset.”

He also spoke about who he thinks people need to watch out for in NXT as well as when Triple got his offer to go to the WWE in 1995.

Lanny & Randy Savage’s Mother Passes Away – Lanny Poffo took to Twitter earlier today to reveal that Lanny and Randy Savage’s mother Judith Poffo passed away last night. She was aged 90. On behalf of everyone here at NerdCorp, we offer our deepest condolences and best wishes to the the Poffo Family and her friends.

WCPW Suffers Again – It was previously reported that many wrestling organizations (including the WWE) will now suffer the fate of being a part of the roll-out of changes Google is doing to ensure content presented on YouTube remains, for the most part, family-friendly. WCPW has been hit hard by the changes and was forced to cancel a number of their upcoming Loaded shows due to these changes (they distributed the shows via Youtube).

Their most recent event, titled Fight Back, used a logo similar to YouTube’s logo. Earlier today, WCPW posted on Twitter that they received a “Strike” on their account for “Violation of YouTube’s policy on spam and deceptive practices.” They also put up a tweet with a sentence in quotations, definitely stated towards them, saying “your ability to live stream has been revoked”.