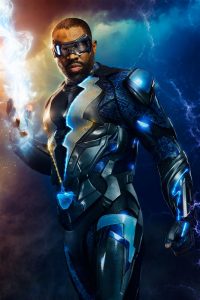 There was next to no relevant pro wrestling news, but ooooh boy. Comics are a different a side of things.

TV Trailer Extravaganza – CW released four new trailers for upcoming series, one of which being the new “Black Lighting” series. The series will not be part of the “Arrowverse” at least not yet, as it’s filming in Atlanta, Georgia. Undoubtedly the show will move to Vancouver to join the other four comic series and Supernatural.

Review – The special effects don’t look great, and the second suit he wears seems largely out of place and very reminiscent of what movie and television producers in the 90’s thought looked good. Will the series gain enough support? Maybe, it depends on the execution and production values.
Chances of Season 2? – Very possible.

Review – Shows about dying don’t gain an audience. People want escapism, but you can’t escape when point of the show is to make you depressed. This show however, looks at the outcome of what happens after? It’s an interesting premise.
Chances of Season 2? – Unlikely.

Review – This might be the best looking of the four shows with plenty of drama, action and unique plot. However shows like this on CW don’t last or get traction.
Chances of Season 2? – Zero.

– A remake of a terrible night-time soap from the 80’s, which is filled with decadence and debauchery. Not a great show, but yeah.
Chances of Season 2? – Pretty much guaranteed. (Cus this kind of shit sells)

‘Arrow’s Changing Night – Most times a show changes nights, it’s because it’s going to die. Not on CW though. Supernatural has been on just about every night, and the fans will follow. CW knows this, so they use the “better” nights to help get news shows a chance to shine. The shows who need the most help will get it, which is why Valor and Dynasty got the better time slots, not because the CW doesn’t have faith in their established shows, but because they do. However, Friday night’s are still worrying territory and it seems the CW is readying “Crazy Ex-Girlfriend” and “Jane the Virgin” for a final swan song. Here’s the fall schedule below.

American Ninja Arrow? – Despite ‘Arrow’s time slot change, there’s no reason to think it’s going anywhere anytime soon. That being said, Stephen Amell still has other plans and desires outside of acting, like running the course of “American Ninja Warrior”. He ran the course for charity. So check it out below.

Supernatural Crossover Plans – Scooby Doo is going to be big in 2017, as ‘Supernatural’ will crossover with the animated crime solving group this upcoming season. This isn’t first time the world of the animated has crossed over with Supernatural. So it makes sense that the Warner Bros. companies would make this crossover happen. Personally, I’d rather the boys go to another universe (as they’ve done before) and work with the live action Scooby gang.

Quick Hits – In other Scooby Doo news, Lego set debuts in time for Summer, with original movie in tow. 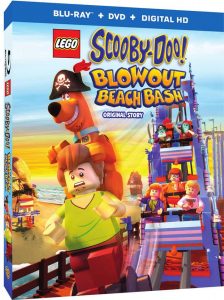 Mega City One producer Brian Jenkins claims that Karl Urban is very much still in consideration. It’s even alluded to that he’s the first choice, if schedules can be worked out. Dark Crystal prequel in the works with Netflix.

New look at Mara in the upcoming Justice League film hits the web.