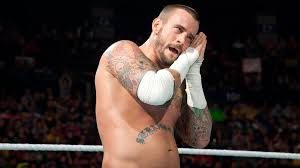 It’s a light news day so we’ll go right into it.

CM Punk Offered Huge Money to Return? – There’s a 128 man tournament set in the United Kingdom for the 5 Star Wrestling promotion, and the head of the group is offering £770,000 or $1,000,000 for CM Punk to come out of retirement and wrestle in the tournament. So the pound is stronger than the dollar. That’s disheartening. Here’s what Daniel Hinkles has to say about it.

We’ve been trying to contact CM Punk on and off for well over a year. We wanted him on the first show we did in Edinburgh in 2015. I’ve tried going through friends in the industry, I’ve gone through his website and sent dozens of emails but the opportunity has never been this big. We want to offer CM Punk $1 million dollars (£770,000) to come and join the 5 Star Wrestling tour starting June 10th. It’s a genuine offer. We’d love to hear back from the man himself. We want to do this with him.

It doesn’t get more credible than CM Punk. We all know that if he ever comes back to wrestling it will be one of those epic moments – I want that to be with 5 Star Wrestling, right here in the UK. A common saying in the wrestling world is that the UK has the best fans, well how about we give them the biggest moments too. We are hugely ambitious. When we ask the fans who they want to see, CM Punk’s name is on everybody’s wish list and we’re willing to spend big to make it happen. I know he is seemingly focused on MMA at the moment and this wouldn’t have to end that, but wrestling is in his blood and $1 million has to be worth thinking about.

Dean Ambrose Almost Died? – Dean Ambrose spoke to The Sun and revealed that he almost had a horrific accident just prior to WrestleMania.

I’m big into mounting biking. I actually crashed my mountain bike about a week ago very badly. I thought I was going to die. I fell over the handlebars, full on ninja roll, I flew like 8ft into the air. I thought I probably shouldn’t be doing this a week before WrestleMania. You have to immediately get back on. I crashed on a downhill, you have to just continue. If you stop and think about it too long you’ll psych yourself out.

Stupid Drama on Twitter – There appears to be some drama between Sasha Banks and Lana. Melina critiqued the angle on RAW where Alicia Fox beat Sasha Banks, and gave her opinion as to why it made sense. Lana seemingly “liked” the comment and received a flurry of online backlash from it. This lead to Lana claiming that she’d block the hate. Banks responded in kind with a snide remark and an apparent “Better Life/Block Lana” hashtag that Summer Rae echoed. No idea why they during the midst of the “Women’s Revolution” that this catty behavior exists. What’s worse, is the fans who stoke the flames over fictional outcomes. Fandoms are toxic.

People need2 have a broader viewpoint. There’s a story being told here & THAT’S what is drawing me in. What if this was why Sasha lost…1/3

… This wasn’t mind games, it was mocking. It’s underestimating ur opponent & fueling her determination to win. 2/3 https://t.co/PcmrRvrBpG

Thats just one of many possibilities of what could have happened. But it’s got people reacting and talking. That’s great booking to me. 3/3

Also I will block the hate. I’ve said this many times before. I put my hater blockers on. I’ll block people that tweet lies or mean remarks

Quick Hits – Shelly Martinez set to retire from in ring action after next two appearances. Hiroshi Tanahasi is out with an injury and will miss several shows.