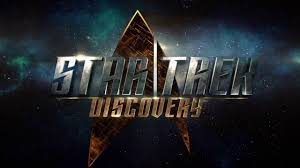 Despite internet issues, I still fully intend on being involved in tonight’s show, though expect technical difficulties along the way.

Star Trek, one of the most iconic and influential global television franchises, returns to television 50 years after it first premiered with STAR TREK: DISCOVERY. The series will feature a new ship, new characters and new missions, while embracing the same ideology and hope for the future that inspired a generation of dreamers and doers. The series will premiere on the CBS Television Network with all subsequent episodes available on CBS All Access, the Network’s digital subscription video on demand and live streaming service, and will be distributed concurrently by CBS Studios International on Netflix in 188 countries and in Canada on Bell Media’s Space channel and OTT service CraveTV.

Snowpiercer Finds its Lead – The TNT revival of the 2013 film will see former “Hamilton” actor, Daveed Diggs star as Layton Well. Doctor Stranger director Scott Derrickson will direct the pilot and serve as executive producer for the series.

Billy Crudup – Despite Entertainment Weekly claiming that Billy Crudup is pulling out of the “The Flash”, Warner Brothers have stepped in and confirmed that Crudup is in fact staying on the project going forward.

I’m thrilled that Netflix will be doing an adaptation of my stories, staying true to the source material and the themes that I have spent over thirty years writing. I’m excited about our efforts together as well as the team assembled to shepherd these characters to life.

Video game director, Tomek Baginski is being considered for a directors chair for at least one of the episodes in the first season.