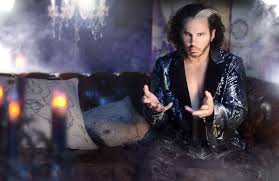 It’s been a long day but it’s almost over. Another hot-one tomorrow so lets get this done while we can.

WWE Signs Two – In what has to be moves for the upcoming Women’s division, the WWE have officially signed Japanese talent, Io Shirai, who has gained some notoriety in Japan, and Kennandi Brink, a North East U.S. talent. Io is expected to be in the women’s tournament, while a source told me Brink, who was signed as a referee, will be a referee for most of the tournament, including the main event. At least that’s the plan.

Cameron’s Preferences Coming Under Fire – Ariane Andrew, formerly Cameron of the WWE, was caught on camera by TMZ claiming she prefers to date white men. This launched a social media firestorm because god forbid someone have a preference. She posted a video saying she’s not racist, which makes sense, as she herself is a black woman, for not wanting to date black men and have in the past. She also feels unfairly criticized for her original statement, which wasn’t at all offensive. Some people have preferences, and there’s nothing wrong with that. While I’ve never defended Andrew in the ring or on screen, as she was right shite as a performer, her personal dating preferences are a non-story.

Hardy vs. Colter – Now, I’m not posting the tweets because I fear this whole ordeal is making me consider isolation from the world. Matt Hardy, who despite everyone (but his wife) claiming otherwise, is still going on about how Broken Matt was “ALL HIS IDEA”. (Dave Lagana even claims that the writers suggested to Matt to “…go dark”, but whatever). Zeb Colter claims that if they knew the truth about the whole ordeal, some people (presumably Hardy fans) wouldn’t like it, as it would paint them as liars and bad people (remember that time Reby Sky and Matt Hardy got arrested for domestic violence?). Zeb Colter has promised that more information will come out, as it seems like Anthem is getting all their ducks in a row legally.

Former WWE Developmental Coach Matt Wichlinski claims that Enzo Amore is a pain in the ass to coach and develop into a talent. Despite The Cobra Clutch being a perfect name for an Indian wrestler, the WWE have now made it even MORE Indian by changing Jinder Mahal’s finisher to the Khallas. Cus don’t forget, Mahal is Indian. Joe Koff was just visiting this past Monday at Raw in Newark, New Jersey. Rusev was apparently not at tonight’s SmackDown, persumbably to not overshadow Mahal’s push against Orton. Rusev is expected to get a major push upon return, and it makes sense that the WWE would want to see how Sunday goes first before bringing back Rusev.