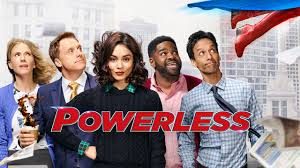 It’s hot as hell in the city of Clevland today, so I’m working from my kitchen! Sometimes we just work up such a fervor in the NerdCorp offices, that it’s just too hot to work from, and today is one of those days. So, let’s get into it.

Marvel’s ABC Series – In what can’t be seen as a good sign, ABC has announced that “Marvel’s Inhumans” will air at 9 p.m. EST on Friday’s this fall. Friday’s for the most part are the “Death Night” for television shows. “Once Upon a Time”, a former hit, will be it’s lead in. This is not a great sign, as “Agents of S.H.I.E.L.D.” has been moved to a midseason show, which means its episode order will be cut significantly. Some shows, like “iZombie”, or “The 100” on CW are kept around for that specific reason, to fill in for cancelallatoins or to boost the second half with some-what popular shows. However, to see a show like “Agents” get busted down? Usually a sign that it’s the last year for it.

Update on Magento – There will be no recasting for some major characters in the upcoming 4th “First Class-era” X-Men movie. Michael Fassbender will rejoin James McAvoy in the upcoming film, that’ll focus on Jean Grey becoming the Phoenix. No word yet if Jennifer Lawrence will appear, but the actress has expressed a disinterest in returning, and fans have waned on her in recent years.

Superman Retcon – One of the biggest mistakes of the New 52 was the pairing of Wonder Woman and Superman. In the New 52, Wonder Woman scorned Steve Trevor and started banging Superman. Superman and Lois Lane never got together either, resulting in both characters essentially dying, and then getting erased all together. Dan Jurgens is now going to twitter and claiming that the Rebirth of the DC Line did away with Superman and Wonder Woman’s unwanted affair.

We gave the broad strokes in Action, which made things fairly clear. No romantic relationship with WW, for example. https://t.co/teGwmfLamr

Wouldn't put it quite that way. Fair to say that as Superman's timeline has adjusted, so has DCU's. Main elements & history still in place. https://t.co/XMzv9Pez7h

Quick Hits – Kirsten Dunst wishes she could’ve been in a 4th Spider-Man film. Us too, Kirsten, just not following the third one. Alicia Silverstone is saying she’d make a better Batgirl now, than she did twenty years ago. NO ONE wants that. Krypton confirmed for a 2018 debut on SyFy. “Power Rangers” Ludi Lin will play Murk in upcoming “Aquaman” film.