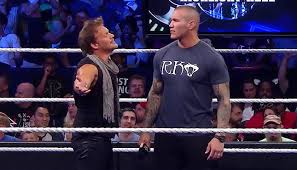 Well if Randy Orton wants to get RAW, we can get RAW with him. Thanks to the support ya’ll have also given us to the YouTube channel. So we’ll have an actual URL! Horray!

Randy Orton Hates You – Randy Orton, the man who used to shit in people’s belongings, went AWOL form the marines, allegedly cheated on his first wife, and has been the subject of many a ruined WWE career due to his influence, is mad at indy wrestling. He thinks those people who dive, including Bully Ray, are beneath him. He thinks being a mediocre draw makes him someone you should respect. He flaunts his success as the only reason his opinions are validated and goes out of his way to piss on fans and the things they like. Orton took shots at Bully Ray and other indy stars for their wrestling style and met harsh resistance online, including from CM Punk, who slyly called Orton insecure. The only wrestlers who defended Orton are either with the company or are inbound. Most took acceptance with his dismal.

Major Update on Top Star – Braun Strowman was supposed to be out for 4-6 weeks, but that was only a guess, as everyone said they won’t know until they perform surgery on the star. Since the surgery has now been performed, we know it’ll be closer to six months according to the WWE. This derails many of the plans they had for the summer, as the WWE was hoping to have Strowman back for SummerSlam.

Jim Ross’ WWE Status – Jim Ross’ WWE run is far form over, as we now know that Ross will be calling hte Pete Dunne, Tyler Bate (C) WWE UK Championship match at Saturday’s “Takeover: Chicago” event. Nigel McGuinness will be his color commentator for the match. Ross and McGuinness are also calling the WWE UK Special that airs Friday. I’ve been told this is to test the idea of the UK Series that has been rumored.

Quick Hits – The Hardy’s defending against Cesaro and Sheamus has been confirmed for WWE’s Extreme Rules event. Jesse Neal is coming out of retirement for the “I Believe in Wrestling’s Florida J Cup Tournament. WWE looking to purge SHIMMER for women in their upcoming tournament.