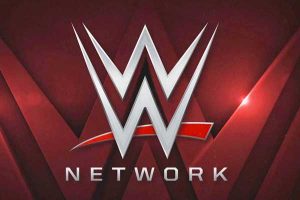 WWE Women’s Tournament Update – According to Pwinsider.com, the announced WWE Women’s Tournament will film in July, likely at Full Sail University. The tournament will air in a weekly format similar to the WWE Cruiserweight Classic, will include 32 competitors; WWE is currently going through the traditional background checks that take place before WWE offers deals. The site also adds that the current plan is to hold the finals of the tournament as a live WWE Network special on Tuesday August 29.

This should be just as great as the CWC was so I’m looking forward to this.

Zack Sabre Jr. Update – According to The Wrestling Observer Newsletter, Zack Sabre Jr. is officially being booked as a heavyweight in New Japan. This is why he was not booked for the Best of the Super Juniors. The WON adds that he will be in the G1 this year.

Update On Aries/Neville Feud – According to The Wrestling Observer Newsletter (via wrestlinginc.com), Neville was originally scheduled to defeat Aries at payback, but the decision was changed at the last minute to have Aries win via DQ. The feeling is that this was done to extend the feud, which would have been difficult if Neville defeated him twice in a row. The two will likely rematch at the June 4th Extreme Rules PPV, likely in a stipulation match. With the recent booking of TJP, the title match could turn into a triple threat.

I think that both the combination of matches with Neville and Aries is still untapped yet in terms of potential so hopefully they can have a stellar third match with their past ones being good and their Mania one I feel better than their Payback one.