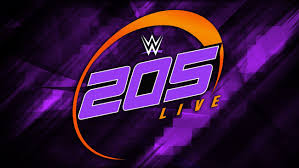 The WWE won’t let the likes of Austin Aries and Neville truly tear it up, it makes the top guys look bad. Especially when the top guys are just as bland and boring.

So lets rebuild the Division. Firstly, lets all admit that sometimes name recognition matters. That’s what this division is lacking. Yes, you have Rich Swann, Jack Gallagher, Akira Towza, and others, but none of them are truly names in the true sense.

Austin Aries is, but that’s it. That’s all you have. So how do we beef up the names? Well, firstly by poaching other brands. Lets admit that guys like Kalitso, Sin Cara and really anyone else their size isn’t going to be pushed to the main event level anymore. The WWE started this division to avoid anymore Daniel Bryan-type wrestlers. So lets all admit that truth and move on.

So here’s a list of names that could easily be moved into the Cruiserweight Division, that is if you want to make it relevant;

Now I know, some of those names, like The New Day or Finn Balor aren’t likely or even possible in some regards but if you want to make the brand relevant, those are the names you’re going to need. Rey Mysterio and AJ Styles were top stars and competed in their respective division for a reason.

Now, you can add the above names, but part of the issue will still be the fact that fans don’t care about weighted divisions anymore, plus the purple color scheme makes it pretty lame. Aesthetics are important.

So lets just assume that we can’t change the colors or the weighted division. Putting more talent into the division just makes sense. Even Finn Balor. The one thing I’d change though is allowing these talents to wrestle else where. So Finn could be Cruiserweight Champion while competing against Brock Lesnar. That’s what they’ve done in WCW and Impact Wrestling, that’s the division they’re trying to emulate, so why not actually emulate it.

So lets go through each of the new additions

Enzao Amore – Enzo is going to be jobbed out to Big Cass eventually. You know it, I know it, even Enzo from three years ago knows it. So why not put Enzo on 205Live exclusively? Enzo could be a center piece of the division, his mic work is pretty spectacular, but his in ring skills are being exploited. It doesn’t help that he’s facing guys three times his size, with ten times his experience. If you put him in a division with Brian Kendrick, Neville, Austin Aries and the new talent, you can not only improve his in ring work, but also give him more dynamic match ups that will show case him better.

Finn Balor – Balor is a perceived top star. I say percieved because we have no idea how he’s going to do with the likes of Roman Reigns, Seth Rollins (both of whom struggle to maintain ratings and attendance), and Brock Lesnar. Putting Balor on 205Live can re-build the fan support that he lost after his injury. WWE fans are fickle, they constantly want people to win the title for the first time before throwing them by the wayside for the next new thing. Balor is about to fall victim to the same thing that Ambrose, Rollins and Reigns are going through. Very few guys, like Lesnar and AJ Styles, are seen as “deserving” of being a multi-time champion. So instead of just putting World Title after World Title on him, why not put the Cruierweight belt on him a few times, and keep him away from the World Title scene? It’ll build intrigue and desire, something fans don’t get to have much of.

Heath Slater – He needs something to do, and if you pare him with a TJP or a Brian Kendrick, can really make an impact in the upcoming addition to 205Live.

Kalisto – I mean, he’s unique enough and talented enough to stand out, plus you can start doing Mask vs. Hair or Mask vs. Masks with the likes of Lind Dorado, Gran Metaliz, and Mustafa Ali.

Chad Gable – Jason Jordan has the look to be a world champion, whether he has the mic work is anyone’s guess. Putting Gable in 205Live will allow him to showcase himself like a Dean Malenko type. Plus he adds depth to a division and a more established name value over the talent they already have.

Sami Zayn – Say it with me now, Sami Zayn is a jobber. He’s not a world champion, he should never be a world champion and he’s starting to lose his physique due to lack of interest (I’m assuming). Putting Zayn on the brand makes all the sense in the world, especially if you have him dawn the El Generico gimmick. 205Live could be can’t miss t.v. if you give fans a reason to tune in, and the hijinks and promos of the Generic One could really be highlight worthy.

Now I mentioned Heath Slater, and I have four names not yet addressed. So, lets just be real here. With the hour time slot and dearth of talent I’m putting into the roster, you need tag team titles. It just makes sense.

The New Day – The New Day’s Kofi Kingston and Xavier Woods make the perfect Cruiserweight tag team. While Kofi is more than deserving of a world title run, he’s not going to get it. And you know what, that’s ok because Curt Hennig and Roddy Piper not got one. So why not make him the centerpiece of the new Cruiserweight Tag Team titles? You can bring in Apollo Crew, or even someone like Mojo Rawley to tag with Big E on SmackDown so the stable can reach across shows.

The Colons – While one of them is closer to 230, we can lie about their weight. They can provide some legitimacy to the division’s initial tag team tournament and be a team that can help put over the newer teams.

Shawn Daivari – Now I don’t know what his Lucha Underground status is like, but I have to assume he’s done with the promotion. I think bringing in Shawn in his L-U gimmick and pairing him with brother Ariya as elitists entrepreneurs that are always wearing silks and furs, could be interesting. The tag team division would benefit from their arrival.

Chavo Guerrero – While a lot of people want to just poach the talent from other company or re-sign the likes of Rey Mysterio, I’m not about killing the market for the WWE’s sake. Chavo provides depth, a name, a former champion and a legacy wrestler.

Kota Ibushi – Kota doesn’t want to sign with the WWE, but if he were to sign, he’d provide a regular three star match against no matter whom. That’s impressive and necessary.

Firstly, lets all admit that most of these guys are uncharismatic and boring. Outside of Aries, Tozawa and maybe Neville, none of them are all that exciting on the mic or have personalities that are dynamic enough to make them stand out.

Of these guys, I’d have Tozawa, Aries, Kendrick and Neville as singles stars. Pairing them with Enzo, Balor, Gable and Zayn/Generico and you have a real good title division.

I’d pair Swann with Slater, have the Lucha Dragons reform (when Sin Cara isn’t getting jobbed out), paired with the Daivari brothers, The New Day, and The Colons, as well as the occasional “all-star team” like Balor and Neville or Enzo and Generico.

So you have two titles, a division that’s now doubled in size, more unique gimmicks like the Davari Brothers and Generico, and top stars like Aries and Balor to bring eyes to the brand.

The only other thing I’d do is change the name of the show, and move it to either before SmackDown or at Full Sail.

Other than abolishing the division or getting rid of the weighted idea of it, this is the only thing I can think of to make the division better.