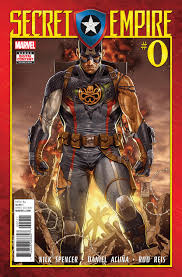 Who’s having a warm and sunny day? Not this guy! it’s cold and rainy here in the beautiful state of Ohio. So lets warm up our bodies with some fantastic, old school RAGE!

Marvel Releases Statement – The folks over at Marvel released a statement through the parent company’s (Disney) television station (ABC). Basically it said don’t rush to conclusions. Here’s the full press release below;

With Marvel Comics’ ‘Secret Empire,’ the forces of Hydra have taken over and, due to the villainous actions of the Red Skull, have manipulated Marvel’s greatest hero, Captain America, and forced him to adopt their cause,” the statement At Marvel, we want to assure all of our fans that we hear your concerns about aligning Captain America with Hydra and we politely ask you to allow the story to unfold before coming to any conclusion.

JK Rowling Apologizes – I’m not a Harry Potter or JK Rowling fan, so this is more just interesting than anything. Apparently Rowling has apologized on Twitter for killing off Snape in the final book. Here’s the full tweet. I don’t know why this is news, but it’s a slow day.

OK, here it is. Please don’t start flame wars over it, but this year I’d like to apologise for killing (whispers)… Snape. *runs for cover*

Major Name Teased to Return in Defenders – The Defenders is the first major Netflix offering to feature all four major Netflix-Marvel heroes. One of the major minor characters is Elektra, who died in season two of “Daredevil”. Well apparently both Marvel and Elektra herself, Elodie Yung have tweeted out teasers of the characters return during The Defenders miniseries.

Did you get your beauty sleep #Elektra? ⚔️⚡️ #Defenders #DEFEND https://t.co/vqfq8ebquC 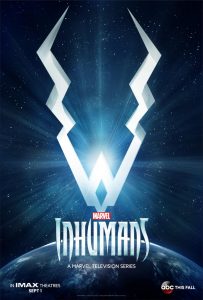