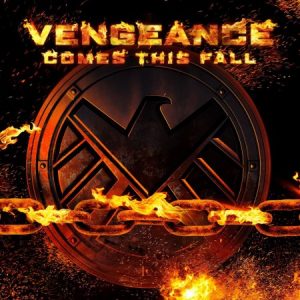 Not a lot of news, so here go anyway.

Major Character Returns for Season Finale – The best part of this years Agents of S.H.I.E.L.D. was the debut of Ghost Rider. The Robbie Reyes version of Ghost Rider will return to the show on May 16th for “Worlds End”.

SteppenWolf Revealed? – Folks over at DC World on Twitter, tweeted outthe first look at the Lego set for the upcoming Justice League movie. In the sets, you can see Steppenwolf clear as day. It appears that he’ll be almost twice the height of the Earth heroes, which makes sense as that is the canonical size for Darkseid for the better part of several years.

Will We Get Caitlin Snow Back? – The Killer Frost storyline has left many wondering if Danielle Panabaker is long for “The Flash”. To quell the concerns, executive producer Andrew Kreisberg revealed to Entertainment Weekly that she’s sticking around but as who is yet to be revealed, saying;

Obviously Danielle Panabaker is not going anywhere. How and if she becomes Caitlin Snow again, or she remains Killer Frost or a version of Killer Frost, into season 4, you’re going to have to tune in.