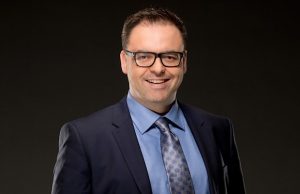 Mauro Ranallo Update – According to The Wrestling Observer Newsletter, despite the fact that Mauro Ranallo released statement that he and WWE had mutually agreed to part ways, the possibility of Ranallo returning to WWE in the future is not a dead issue. The report claims that there have been some early discussion about bringing Ranallo back, but the talks were said not to be at a serious level. The talks were probably out there, but just like a thought someone had.

Karl Anderson Speaks – Karl Anderson recently spoke with USA Today about a multitude of subjects. One of the subjects was about The Hardys returning to WWE at WrestleMania. Here is what they had to say…

“We found out a couple of hours before we had to work. We had some kind of expectation because the rumors were flying for a couple of weeks. The day of is when we got word they were coming. We were all very happy with it. At the end of the day, Jeff and Matt Hardy helped make the WWE tag team division what it is. The ladder tag team matches they had at WrestleMania in the past made those matches famous. Being in there at WrestleMania with Matt and Jeff Hardy was an honor in itself. It was a great moment to be part of and I’m glad we got that.”