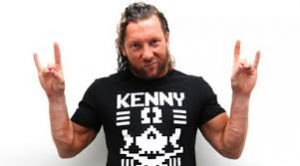 Wrestling is weird. Here’s the best of the weird.

Kenny Omega Annoyed With Rollins – Kenny Omega seems rather annoyed with Seth Rollins bogarting his move, the Rain Trigger, which is a combination of Okada’s Rainmaker, and Omega’s V-Trigger. Omega, maybe tongue-in-cheek, posted the following tweet;

Well, at least I still have my entrance music… pic.twitter.com/aoWN2CLyay

Here’s his response from earlier today.

@___Q__ @KillianDain @fts_barkas @PWRenegades Ive already said I was trolling Seth as a joke,but that's against the rules for you wwe fans?

Impact Talent to WWE – We’ve been wondering what happened to Veterans of War tag team member Gunner, who was originally supposed to return with Crimson to Impact Wrestling with the new tag team gimmick. However, at this past weekends tapings, Gunner was replaced by former NWA World Champion, Jax Dane. Apparently the reason for the change is due to Gunner signing with the WWE and going to NXT. This is a bit of a loss, as Gunner is a decent hand and he’s a much better talent than Crimson.

Update on Shibata – NJPW talent Shibata updated fans on his blog by claiming his right side is still dealing with numbness and paralysis. Apparently he needs to another surgery but Shibata hasn’t given up on returning to the ring eventually. There is still some debate over whether or not this is legitimate or not.

Quick Hitters – NXT talent Chris Atkins was released from his contract, reportedly due to him not progressing enough in the ring sense signing. Dumpster match can’t provide boost, RAW ratings dip. Vince McMahon movie to be made.