A flurry of trailers, big news, disappointing news and all sorts of in between. Lets hop in, Space Monkey Mafia.

DC to Launch Streaming Service? – DC Comics has a slew of original content, and have decided to bring all of their content, and brand new content, over to a streaming service that will launch next year. They’ll launch the service with Young Justice Season 3, subtitled “Outsiders”, and will focus on the team trying to stop an underground meta-human smuggling ring, that will have intergalactic ramification. Launching with the third season will be the long rumored TNT project that was presumed dead; “Teen Titans”. Yes, the live action Teen Titan series, that’ll see (presumably) Dick Grayson (Nightwing), Starfire, Raven and Beast Boy. Whether or not they actually show up in the series is still up in the air. There’s also no word on if it’ll be attached to the Arrowverse, though it seems likely that it will.

I’ll talk later about the possibilities of this announcement.

Riverdale Casts Veronica’s Father – “Riverdale” has cast Mark Consuelos as Hiram Lodge, Veronica’s incarcerated father, will be a series regular next season. The lone hangup is that Consuelos is currently starring in “Pitch”, and has a commitment to the show first. It’s unlikely it gets renewed, but there’s always a chance.

Warner Bros. Reveals Photos of Upcoming Attraction – The Wanrer Bros. theme park in Abu Dhabi has revealed sections of the park dedicaed to DC and Hanna-Barbera properties. The park, which is an on the man made Yas island in the UAE, features six themes;
Warner Bros Plaza, an Art Deco architecture that pays tribute to the Golden Age of Hollywood. 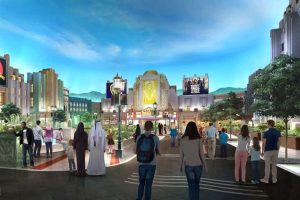 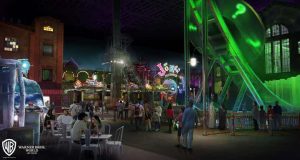 Metropolis with the bright skies and a Hall of Justice. 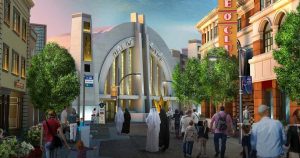 Bedrock, the home to The Flinstones.

Cartoon Junction, where classic Hanna-Barbera characters of the 60’s come to life. 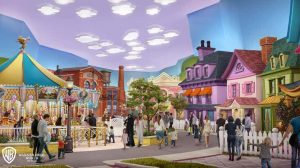 Dynamite Gulch, where the Looney Tunes go all out.

The theme park will cost roughly $1 billion, and will be alongside venues like Ferrari World.

Kingsman Trailer – The trailer for the 2nd Kingsman is officially out and it looks fantastic. Check out the trailer.
The Kingsman 2: The Golden Circle Trailer

Reaction: Holy crap what a trailer. The action, the adventure, the mystery. The females….yum. Channing Tatum is remarkably toned down considering his most successful roles, and by toned down, I mean fully clothed. The idea of the Kingsman being decimated is the catalyst to them going to the U.S. and joining forces with “The Statesmen”. It looks incredible.

Reaction: Ultron and Sigma combine forces to beat up the heroes of Marvel and Capcom. It’s pretty simple.