Oh boy, I’ve been busy all morning. From recording a new Making an Impact, to uploading posts, and queuing up posts on tumblr and Twitter, it’s nice to just be able to write. Lets hop into this, Space Monkey Mafia.

Major Villain on Supergirl – DC is all over the place with who they want to use where. It’s all but confirmed by now that “Supergirl” will feature a major main heel for next seasons’ show; one General Zod. Mark Gibbon, a veteran actor of “Man of Steel”, “Arrow” and “Smallville” fame will get a major role in the series next season as he plays the main antagonist (persumably) for the season. We’ve already gotten Non, so this is a pretty cool development. With Zod, comes the idea of more Superman.

Cyrus the Virus in GOTG – Maybe the worst singer/actress of her generation, Miley Cyrus has a role in the new Guardians of the Galaxy film. The party in the USA is officially dead. Cyrus will play a computer program called, Mainframe. Yeesh. This just GRINDS MY GEARS.

X-Files Future Revealed – The 10th season of the “X-Files” was met with mixed opinions but the general consensus was that fans wanted another season, so Fox is giving it to us. The show will get a 10 episode 11th season, which will see David Duchovny and Gillian Anderson return to their iconic roles as Fox Mulder and Dana Scully. 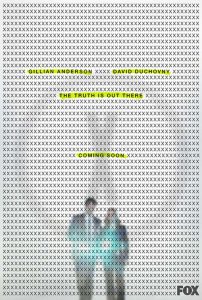