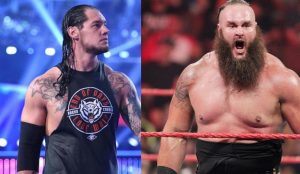 Seriously, the fact that people can’t spread news out throughout the week angers me. We got dumped with so much stuff yesterday, and like nothing today. FFFFUUUUCCCCCCCCanyway.

Lets get to the news, Space Monkey Mafia!

This is a game changer for the world of wrestling. It might even open up possible working relationships with Lucha Underground, but that seems unlikely as L-U and Impact have had issues in the past, and AAA and L-U have had issues too. So there isn’t a big chance of that happening, but who knows?

The AAA deal is going to be a big deal, more so than CRASH. Though CRASH has the young talent while AAA has the established names. So we’ll see how they play together.

Jinder Mahal Push Update – Jinder’s push and the call up of The Bollywood Boys and alliance is due to the WWE wanting to get into the Indian market but are already behind the eight ball so to speak, as Impact Wrestling is going on tour in India in the summer with Mahabli Shera and it’s presumed we’ll see Sonjay Dutt as part of the tour as well. Does this mean that he’ll win a World Title? No, India is a weird place for pro wrestling fans, as lower card stars in the states can really draw crowds over there. So there’s no need to put the belt on Mahal if your only goal is for attendance. That doesn’t mean it won’t happen, it’s just not the driving force behind things. I would fully expect to see Mahal with a title of sorts, and or the Bollywood boys too, to go into any India tour with titles. Be it the World or U.S. or Tag Team or whatever.

House of Horror’s Idea – Apparently on Edge and Christian’s podcast, they revealed that the WWE once pitched them an idea to a match called “House of Horrors”. The match sounds awful according to the podcast, saying;

What about The Brood against The Hardys?’ And he came up with this concept for this House Of Horrors Match where basically we would do the match inside of like a funhouse-type thing with like two-way mirrors and different rooms and things and we would fight all the way — I can’t remember how the match would end, but I remember the concept and being like ‘woah, that’s pretty crazy but kinda cool.

Edge then claims that some of the Broken Universe was based off of the original concept of the match.

Two Major Pushes Update – No, we’re not talking about Jinder Mahal, we’re talking Strowman first. The idea behind the RAW brand is to push Strowman as a top heel, regardless of what happens with Roman Reigns. What’s surprising, is the same WWE officials who are high on Strowman are even higher on Baron Corbin of SmackDown. While it’s not surprising that Corbin is viewed as a high talent, what is surprising is that he’s higher than Strowman to many.