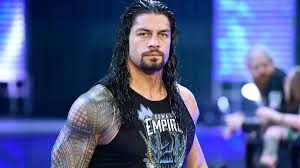 It’s five in the morning and it’s Alex’s turn tonight, so here’s the news! (*Laughs* I’m such a dick with being on time. I mean, I can’t give Alex shit for at least….a day about stuff.)

Bray Wyatt Upset? – According to sources, there was a report that came out this week that Bray Wyatt was highly upset with his move to RAW. The WWE had allegedly promised Wyatt another World Title win to Wyatt later in the summer, but now that plan is off the table, and it didn’t sit well with Wyatt.

I’ve heard everything from him being mildly annoyed to on the brink of going home. The one thing that I’ve heard all around is that Wyatt doesn’t believe the WWE is truly capitalizing on him and he’s begun to voice his displeasure more and more.

AJ Lee on Returning to the Ring – AJ Lee spoke to Chuck Carroll and was asked about if she would ever return to the ring, saying;

I never would say that because I’ve personally said never to things before and done them. But I am so happy where I am right now and I feel like I had such a pitch perfect career that I would be nervous about tarnishing that. I feel like it’s kind of full-circle and perfect for exactly what I wanted. But who knows?