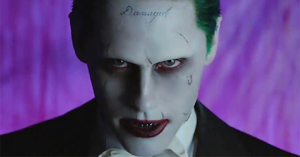 Jared Leto Nominated – Leto is part of the polarized DC Movie Universe, and Joker himself was highly controversial. I don’t know why. I actually thoroughly enjoyed Leto’s Joker performance. And I’m not the only one who liked Leto’s Joker apparently as MTV has nominated him for best Villain alongside some intense villains. Though, The Enchantress was the films main villain.

Despite MTV having some issues with, well, credibility, Leto was highly honored by the nomination, tweeting;

Oh, the fire of my loins. The itch in my crotch. The one, the only, infamous MTV Movie Awards – Thank you!!! – Joker.

Here are all of the nominations for “Best Villain”:

Johnson/Diesel Still Beefing? – The idea of seeing Vin Diesel and Dwayne “The Rock” Johnson at WrestleMania 34 is still possible, but I doubt it’ll ever actually happen. Another reason for this is because Johnson and Diesel have apparently squashed any lingering issues from last years blow up. USA Today interviewed Diesel and he said;

I don’t think the world really realizes how close we are, in a weird way. I think some things may be blown out of proportion. I don’t think that was his intention. I know he appreciates how much I work this franchise. In my house, he’s Uncle Dwayne.

I get, ‘Are you going to space?,’ and, ‘Please, God, tell me you’re not going to space because you’ll lose me if you do. The only way I’d go to space is if I had something so good. 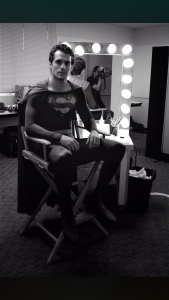 “Wonder Woman” to have massive opening weekend of $83 million, and is expected to reach the similar numbers that “Logan” and “Dr. Strange” ended up reaching. Dwayne Johnson to star in Disney Studios new film, “Jungle Cruise”.