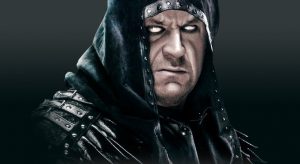 Undertaker Update – PWInsider is reported that there have been a lot of backstage discusses in WWE during Raw on The Undertaker’s status after WrestleMania. According to the report, the longtime WWE Superstar has been walking around with a great deal of pain, and he was not happy at a recent edition of Raw due to the pain he was dealing with. Per the report, the discussions have indicated that WrestleMania 33 could be The Undertaker’s last match. Undertaker turned 52 years old yesterday. Due to his recent pain levels, WWE officials have apparently come to the conclusion that 2017 could be it for the Superstar, so he could undergo surgery that would more than likely end his in-ring career. I would be surprised to see him going another year if he didn’t retire, It will be sad from the stand point that I grew up watching him since 1996 but everyone must retire sooner or later (Terry, Ric…).

Jan Ross Update – Jim Ross revealed on Twitter that his late wife Jan was an organ donor, and has already saved lives through her donations. He had the following to say…

“My wife Jan is an #OrganDonor and thus far her lungs, liver & kidneys have found recipients.
More good news coming.

Join me in Orlando..”

We here at Nerdcorp continue to extend our deepest condolences and best wishes to The Ross Family.

Pete Gas Speaks – In an interview with CBS Sports, Pete Gas spoke about his time in WWE to promote his new book “Looking at the Lights: My Path from Fan to a Wrestling Heel.” Here is what he had to say about the Mean Street Posse and a WWE return…

“I wish I could sit here and play with this and say yes. But the answer is no. I know they’ve brought some guys back. I saw The Headbangers not too long ago, and I was happy to see that. Mosh’s son got to enjoy seeing his dad in a WWE ring, and that meant to the world to him. But there haven’t been any talks of it. They has so much talent there. Not that age is anything but a number, but I’m going to be 47 in May. Not that I wouldn’t do it, because I’ve always said, and I mean it, that if WWE calls, I would pack my bags and be out the door in five minutes. That’s how much I love the business. And Shane knows it.”

While I can appreciate his love for the business, well unless they would show up and interfere on behalf of Shane against AJ at WrestleMania, then I wouldn’t mind not seeing them back. With all due respect to the Posse.