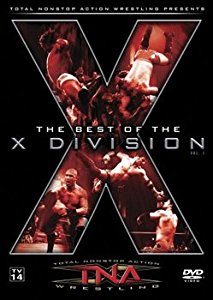 Honorable Mentions
DJZ – DJZ is one of the more recent additions to the list. The former Zema Ion/current DJZ is a long time fixture in TNA/Impact Wrestling. He became a stand out star in the X-Division in 2011. In 2012 he won the X-Division title and feuded with various stars like Kenny King, and eventually Rob Van Dam, dropping the title to Van Dam at Bound for Glory. He won a second title in 2016 and is currently the no.2 guy in the division.

Amazing Red – Amazing Red is a three time former champion, and despite his short reigns, it was his in ring athleticism that made him stand out. Red suffered a major knee injury but returned almost as good a few years later.

Frankie Kazarian – One half of two X-Division centric tag teams, one with Matt Bentley and the other with Christopher Daniels. Kaz won five X-Division championships. However, despite his huge number of title wins, his runs were often unimpressive and few ever delivered a major match of the year.

– In combined days, Trevor Lee with two title rigns almost has as many days as champ as Frankie Kazaraian with five. Lee though has youth on his side and a lot of upside. Trevor Lee has also gotten a tag team title win during the invasion angle with Global Force Wrestling, winning the TNA/Impact Wrestling World Tag Team titles with current WWE wrestler, Curt Hawkins. While Lee’s most noteworthy feuds involve DJZ and now Andrew Everett, he’s showcasing a unique and dynamic style all his own and has the opportunity to be an all time great. 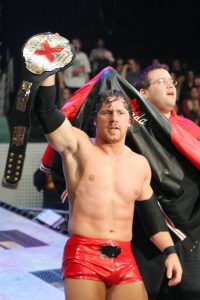 – The Captain of Team Canada, the leader of several World X-Cup teams, a two time X-Division champion; Petey Williams comes in at number 9 and it’s mostly because the entire Team Canada era was built around his and Bobby Roode’s dominance as single stars. Williams became one of AJ Styles’ chief rivals during the 2004-2005 era, and the two matched up several times during the first year of TNA’s ppv era. Williams even won the first ever X-Division championship match on three hour pay per vie, defeating AJ Styles to retain the belt. Williams reinvented himself as a mini-Scott Steiner, as “Petey Pump” and “Maple Leaf Muscle”. The most impressive thing about Williams was the invention and popularization of the Canadian Destroyer; the flipping piledriver that drove fans wild. 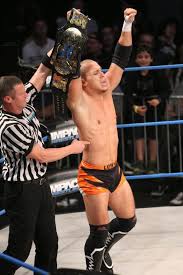 – Low Ki was probably the most violent and physically imposing wrestler on this list. Not only was he the backstage enforcer, getting the younger wrestlers to stay in line, but he was also known as the hardest hitting, with massive and quick strikes that left his opponents brutalized. Low Ki had three different major stints, first running mostly in Triple X, the second coming back under the name Senshi and dominating the X-Division for nearly a year. Then again more recently, winning the X-Division title again and joining the Beat Down Clan. Low Ki quit every time though. His top rope double stomp is legendary and rarely if ever hurt anyone. He was one of the better workers of this generation and racked up four X-Division titles along the way. 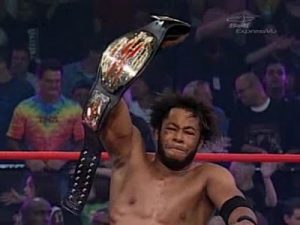 – The six time champion and master of the Black Machismo, Lethal ended up exploding in popularity in 2007 and 2008, with his amazing Macho Man gimmick. During his time in TNA, Lethal racked up World Tag Team and X-Division titles galore, and even engaged in feuds with Ric Flair and Team 3D. Lethal though suffered from Vince Russo era booking, and feuding with some of the weaker X-Division wrestlers like Shiek Abdul Bashir. The other major issue is Lethal was younger than most guys on the list during a bulk of his run and wasn’t the complete, and polished wrestler he is now. Modern day Lethal would of been on par with most other talents, but then he was still finding his signature style. 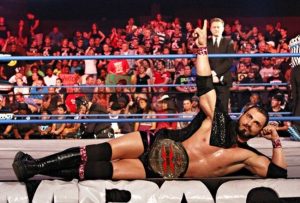 – Austin Aries is so far down the list due to his inability to actually stay in the division. Aries, who was reborn in 2006 as Austin Starr. The gimmick was designed to help capitalize on his charisma, but he eventually quit the promotion after not wanting to come in on his birthday to film vignettes. Aries though spent 2006 and 07 feuding with Alex Shelley and other X-Division wrestlers. He eventually left and came back in 2011, winning the X-Division title later that year. He’d become a triple crow champion and win the X-title on six different occasion throughout his tenure with the company. 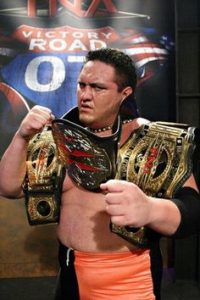 – Samoa Joe is the largest man on the list and opened up his X-Division run beating Jay Lethal in his debut, before defeating Jushin Thunder Liger at Bound for Glory. Joe, like Aries, would go on to become a triple crown champion, but unlike him he’d add another title to become a rare grand slam champ. Joe’s entire early run saw him battle with X-Division legends like AJ Styles, Christopher Daniels, and even former Champions like Kurt Angle. Joe even defended his X-Division title against the craziest X-Division competitor ever, Sabu. Joe would take a large break from the division before coming back later on his in TNA-tenure. He’d rack up five title wins, and third all time in days as champion.

– Jerry Lynn is only a two time X-Division champion, however he was the divisions second most consistent performer for over five years, even with a few year break in between where he became a backstage agent. Lynn had instant classics with AJ Styles all over 2002 and 2003. Lynn even had several major matches during an era of TNA that didn’t have many of those. He’s cited as one of the founders of the X-Division and is credited as helping others like AJ Styles develop their in-ring-persona. Lynn even came back for a spell in 2011, working with several major names including Rob Van Dam, whom himself is a former X-Division champion. While Lynn was never a top guy, his presence in the early days solidify not just the X-Division, but the company as well, as he was often the second top name behind Jeff Jarrett. 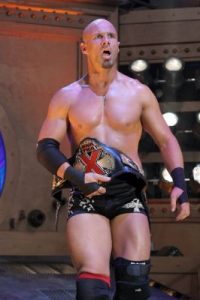 – The man who once held the moniker of the “Best Wrestler to Never Hold the X-Division Championship” took three years to finally win his first title, and he’d go on to win three more for a combined total of 280 days as champion. Daniels had, what I like to claim, is the division defining feud with AJ Styles in 2005. During that time, the two men engaged in four pay per view matches that were of five-star caliber. Upon winning his first title, he’d go on to have the then longest reign as X-Division champion. His record is third all time at 182, with only Tigre Uno and Austin Aries having longer reigns. Aries toppled the reign at 301 but unlike Aries, Daniels always had the better matches. His two Iron-Man matches with Styles remain still to this day as some of the best in TNA/Impact Wrestling history.

– While AJ Styles is a shocker to only be at two, there’s some reasons for that. Firstly, he and Jerry Lynn built the division and for four years defined the division with his amazing talents. Styles feuded with everyone on this list at some point, and then some. It’s safe to say that Styles helped make Daniels and Joe both the stars they became due to the amazing caliber of matches. The issues that hindered Styles is his quick departure from the division, last winning the title in 2006. Despite remaining in the company for another 7+ years, he’d never step back into the division in any meaningful way. While his matches were always top notch, a four year run out of 11+ isn’t exactly the most impressive. Longevity does matter. 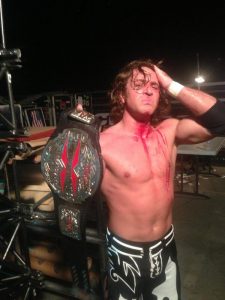 – And here’s the shocking number one. Chris Sabin is the all time championship winner with 8 different reigns. He has the sixth longest reign in history, as well as the most combined days as champion and seeing as how the next seven men are no longer in the business, or the company, it’s safe to say that it’ll take a long time for Trevor Lee(11th) or DJZ (9th) to ever top Sabin. It’s not just that Sabin has all the numbers, it’s that he’s earned them. He had major title bouts in 2003 and 2004 as a member of S.E.X. and having major matches with Matt Bentley and Frankie Kazarian. Sabin also was the first ever loser of the Ultimate X, a long time staple of the division. He would avenge the loss by winning the next two Ultimate X matches. Sabin competed in a whopping 17 matches, winning an impressive 8 of them. Only Daniels is even close with 5. He’s had match of the years with Matt Bentley, Frankie Kazarian, Alex Shelley, Low Ki, AJ Styles, Petey Williams and others throughout his run in the division. Despite debuting in earnest in 2003, he was a consistent competitor in the division until he left the company in 2014. Styles may of ushered in the division, but Sabin truly defined it.

Wrestler Of The Week Mil Muertes

Wrestler of the Week - Mil Muertes

Wrestler of the Week - Mil Muertes