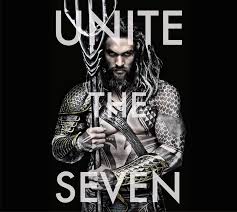 Lets hop into the news members of the Space Monkey Mafia, because I’ve had a busy day.

Mads Walks Off Audition – Apparently Mads Mikkelsen was up for a role on the Fox Marvel film, “Fantastic Four”. The horrible remake, not the other ones. Here’s what Mads has to say about the whole thing;

I’ve had tons of them (auditions). We’ve all been there. We all show up and it’s a little office room with a desk and some books and they want you to do a scene where you have two lines — maybe not even two lines — maybe just ‘Bleurgh!’ or ‘Get back!’ And you’re hiding behind a palm tree that’s not there. It’s like, ‘Guys, couldn’t you have picked a different kind of scene to this? This is fucking mad.’ You feel like an idiot.

Seeing how bad the film was in theaters, one can’t think that Mikkelsen made the right decision.

Iron Fist EP Didn’t Know About Minor Controversy – Iron Fist EP acknowledged that he didn’t know about the casting controversy of Finn Jones, a character who’s white, being played by a white guy. He goes on to say in an interview that;

It wasn’t until after we cast Finn that I became aware that there had been, you know, some controversy over that. We just weren’t thinking in that way, at least I certainly wasn’t. I was just concentrating on the story and who would be a great actor to play this character.

This is really just the internet looking for a reason to bitch. If it was South Eastern Asian playing the role, these same people would be bitching about stereotyping and type casting the same region actors. You can’t win in this era. The shows aren’t that great to begin with. And we’ll talk about that tonight.