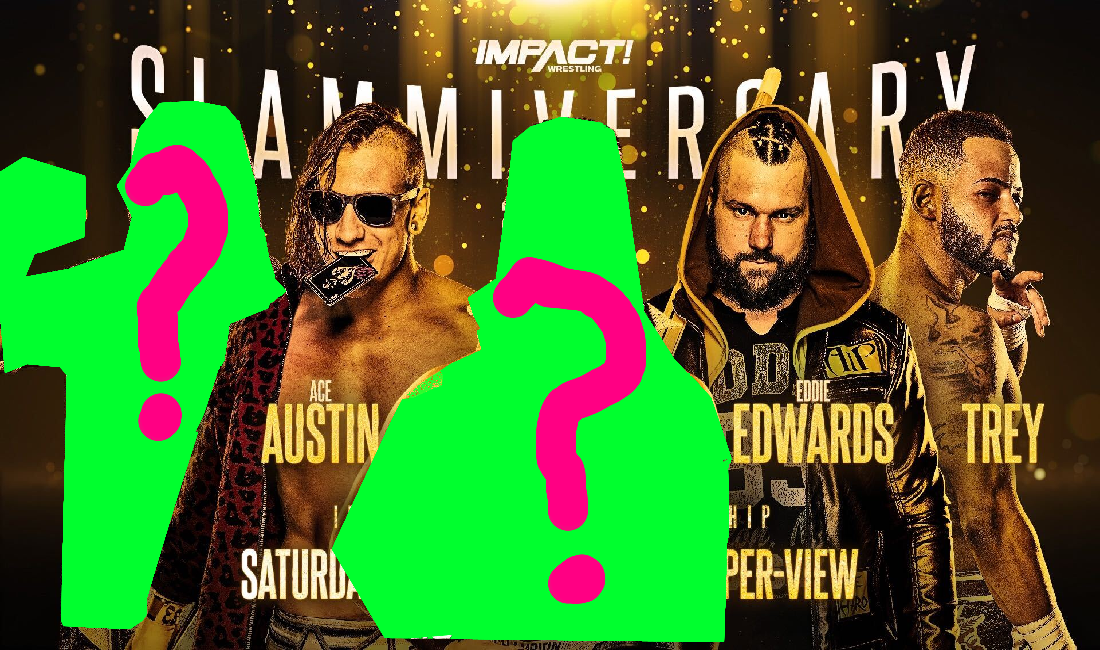 Been a long time, let’s just jump in.

With Tessa Blanchard now gone from IMPACT Wrestling and her being officially stripped of the world title, the question now turns to who will replace her. Keep in mind, it’s not just Blanchard that will be gone from the five-way match, but Michael Elgin too.

Blanchard may of been fired for failing to send in taped promos to IMPACT to set up the five-way for Slammiversary, all while on top of missing the last two sets of tapings. Internationally travel for people working has never been stopped, Blanchard may have been quarantining in Mexico, but she could’ve made both of the last sets of tapings if she wanted to. She opted not to. While her deal was rumored to be up soon, IMPACT decided to expedite the process.

It seems IMPACT has had enough and terminated her deal.

Now the company is left with filling Elgin and Blanchard’s position in the five-way match. So far the match includes Trey Miguel, Ace Austin, and Eddie Edwards. For simplicity let’s only consider talent on the roster, who hasn’t been booked into the match as of yet.

It looks like Ken Shamrock is heading towards a tag team title match against The North, so he’s not going to be involved.  Sami Callihan could very well be his partner, so let’s count him out too. Moose is being billed for a TNA World Championship match at Slammiversary by all means, so he’s not going to be considered either. Nor should he and Callian, as both men have been accused of domestic violence in the past and the last thing IMPACT should do is put either man in a world title picture anytime soon.

Unfortunately, that rules Jake Crist out by association die to his brother Dave.

Considering the fact that we don’t know who’s coming into Slammiversary (my guess is it’s Mr. Anderson, Eric Young and EC3), the two safest bets are two 40-something veterans.

Both men add name value, credibility, and liked Edwards, are former world champions in the company. They’re also the perfect choices for the match assuming it became a King of the Mountain match at some point.

Of those, I’d go with Deaner and Fulton. While Steve, TJP and Raju ma be better workers, Deaner would at least be fun to watch and Fulton’s association with Austin makes him uniquely valuable for any storyline purposes.

Regardless of who’s in the match, the obvious person to put the belt on is Edwards.

IMPACT needs to buck the trend of putting the belt on guys who are leaving soon. Go with a lifer and give Edwards a hell of a run too. Bring him back to the Wolf Edwards, not this goofy hardcore gimmick.

Who’s actually going to be in the match? Guess we’ll wait until Slammiversary to find out.