Hulk Hogan’s time in WCW was wildly wasted. What if someone had the good sense to talk Hogan into being a team player?

We all know that Hulk Hogan isn’t going down as “Mr. Nice Guy”.  We know that Hogan has his issues, and some of you may think of him as the worst person in the history of the business.

You’d be wrong, but that’s ok.

The thing with Hogan is that his star was so big, that even feuding with him could’ve made new stars, let alone beating him. Hogan though never wanted to help new stars, only keep the current crop on his level. So guys, no matter how nice or talented like Sting, Ric Flair and Randy Savage were going to be the guys he wanted to work with. That or his cronies like Brutus Beefcake.

What would’ve happened though if he worked with younger talent? That’s a thought. Maybe WCW wouldn’t have gone out of business. More specifically though, it’s more likely that Hogan’s WCW run would have more watchable, top of the card deserving matches.

Instead of bogging us down with constant rematches between Flair, Savage, Roddy Piper and the Dungeon of Doom, what if Hogan actually worked with guys who..well…you know, could work.

So here are ten names from Hogan’s WCW run that could’ve gotten a huge rub from if Hogan wasn’t such a dork.

paths. The two men were on opposite sides in the mid-’90s and you may remember that “We coming for you…”, well you remember the rest. Booker and Hogan would have been perfect for the fall of 2000. The title was hopped around, and if you kept the belt on Booker throughout the summer and fall of 2000, this would’ve been the best match to do to establish Booker as “the guy” going forward. Of course, we know that Booker would never go over on Hogan, the Hulkster would never allow that.

Again, another match that’s lower on the list because it already technically happened. Diamond Dallas Page and Hogan faced off in 1998 in a pair of main event tag team matches. At Bash at the Beach, DDP paired with Karl Malone and Hogan (as Hollywood) paired with 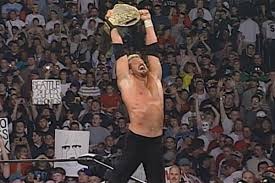 Dennis Rodman. At Road Wild, DDP was with Jay Leno against Hogan and Erich Bischoff.

The matches were bad and had they just went with a one on one match I think it would’ve done more to get Page over heading to Halloween Havoc against Goldberg for the WCW world championship. Page was the right pick to go over on Goldberg and maybe if Page pinned Hogan clean, the folks at WCW would’ve agreed.

Most of these matchups would make for great matches. Most, not this one. That said, Shane Douglas is one of those guys who could be 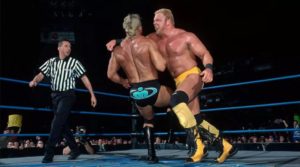 The promos would be epic, with Douglas ripping Hogan for his fading legacy and Douglas putting himself over as a “real world champion” from ECW, not like the soft federation of the WWE or WCW. This would have been the feud to do in the winter and spring of 2000, right after Souled Out.

For years while Hogan scarfed down the drek that was the Dungeon of Doom and all the terrible outshoots and attempts to modernize it with Hogan-Era cronies, they had the perfect monster heel on their

A little retooling was all it would’ve taken to get Norton over as a dominant heel in 1995 or 1996. Instead, we have force-fed The Giant when he was green as broccoli and man, it wasn’t right. Norton was such a great hand when he was wrestling that you could’ve of sleepwalked to a Match of the Year contender with Norton in the driver’s sleep.

This would’ve been perfect after Curt Hennig’s debut in WCW. Hogan would’ve still been the champion and head of the nWo, and Hennig could’ve come in and attacked Hogan, accusing Hogan of ducking him. This could’ve been the feud to build into Starrcade, 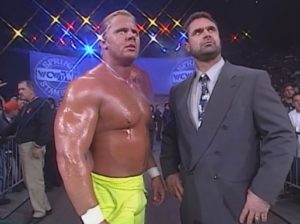 where Sting would take over the title scene.

Hennig was still a great worker in ’97, and had could’ve done a champ vs. champ match with Hogan at Fall Brawl or Halloween Havoc, instead of wheeling out Roddy Piper for yet another rematch between the two.

Add this to the “would never happen” bin but god, could you have imagined? Yes, the La Parka of WCW was nothing more than a comedy character, but at 53 years old in 2019, he’s still headlining major events. Imagine what a 33-year-old La Parka could’ve done. Having La Parka be a more villainous, gothic character, who stalks Hogan throughout their feud, becoming a more dark, increasingly 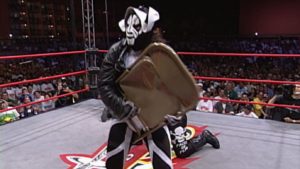 La Parka is also the perfect foil for a Hogan, as in the ’90s he was an efficient, and athletic worker. The dynamic and diverse challenge that La Parka would bring should’ve been enough to bring and keep new fans, especially if La Parka got over as a “cool heel”.  This may be the “what if?” that makes me most upset.

This was another bout that should’ve happened in the WWE. The back end of 1998 should’ve been Hogan’s “what if?” set of feuds. Your DDP’s, maybe a Hennig match, and Bret Hart at Starrcade. Could you imagine a card that featured DDP vs. Goldberg, Kevin 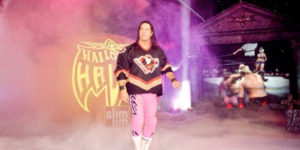 Nash vs. Not Goldberg and Hollywood Hogan vs. Bret Hart?

Holy cow. These aren’t even challenging storylines to come up with, it’s simply Hart finally being tired of living in Hogan’s shadow and demanding to finally get his shot to surpass him. Granted, Hogan wanting to win is going to be a problem but hey, maybe we can threaten him the way he threatened the Ultimate Warrior?

This is ‘what if’ would of only happened if Eddie Guerrero didn’t leave in 2000. Kidman was a hell of a worker for the era, but if Guerrero was in WCW at the time, it would have been Guerrero 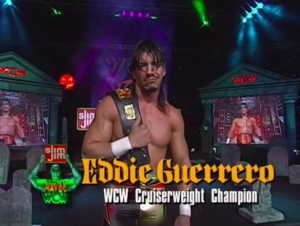 who would be in that Kidman vs. Hogan feud.

Guerrero’s dirty antics and ability to play the charismatic dirty heel would have been a perfect foil for a more physical, but still “good” Hogan. Especially if Hogan was rocking monster cars, Guerrero could’ve met him with something else aesthetic wise. We know he liked low riders, so maybe go with that. Add in a Konnan and you could eventually build up to Guerrero and Konnan against Hogan and Ric Flair in a battle of Mexica vs. American icons.

This could really have worked in any era. Be it when Scott Steiner and Hogan were roster-mates in 1992 WWE, in 1996 during the pre-nWo WCW era, in 1998 after Steiner turned heel or even in 2000. Each version would’ve posed a new threat for Hogan. in ’92, Steiner is the best wrestler in the world and could’ve had an amazing match together. In ’96, Steiner still has most of the poise but his back 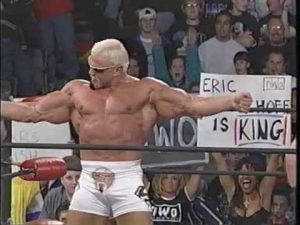 is bothering him, but Hogan was trying to brawl more, so maybe. In ’98 you could’ve turned Hogan face again and promoted Steiner to the new lead heel and in ’00, it would’ve been a squash to get Steiner over as the baddest man on the planet.

Hogan would never go for putting over Steiner because he’s Hogan, but Steiner was always the better worker.

1) Hulk Hogan vs. The Great Muta

This is just the obvious answer to number one. The Great Muta in the ’90s is one of the smoothest wrestlers, with the most adaptable

skill set out there. Muta’s chops, kicks and mist spit make him the perfect heel foil for any face version of Hulk.

This would’ve been perfect for any WCW era pay per view, but honestly, it probably should’ve been the main event in 1995, instead of that crappy tournament they tried to do. Add in Muta as the IWGP Champion at the time, and you could get some real hype around the bout, with Muta bein seen as the conquering foreign champion, looking to denounce WCW as being inferior. It works on so many levels.