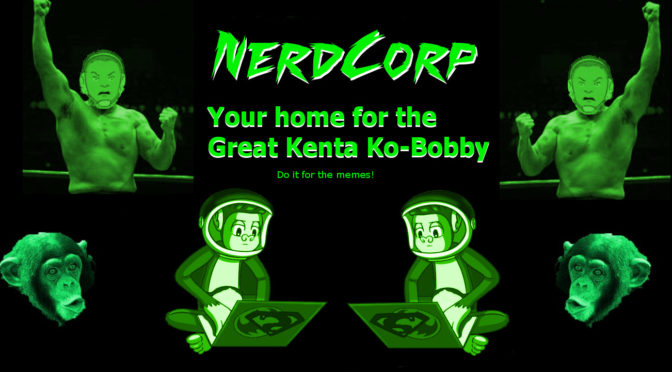 This is a quick update.  We have to admit our Wrestling arm is so much more profound than our video game and comic side of things, so instead of trying to fight through the muck on one Twitch and YouTube account, we’re diversifying.

Our NerdCorp YouTube will now be exclusive to pro wrestling and will be known as The Wrestling Underground.  Making an IMPACT will still broadcast through this channel as well.

With GameCorp and ComicCorp, we’re starting over.  We’ll be Twitching on a new channel, GameAndComicCorp on Twitch, which we’ll post to YouTube, just like we’ll continue to do on the previous channels.

When we’re able to, we’ll change the URL’s but for now the YouTube and Twitch links are listed on the website, so just go to the NerdCorp Social Media on the main header and click on the corresponding link that you want to go to.