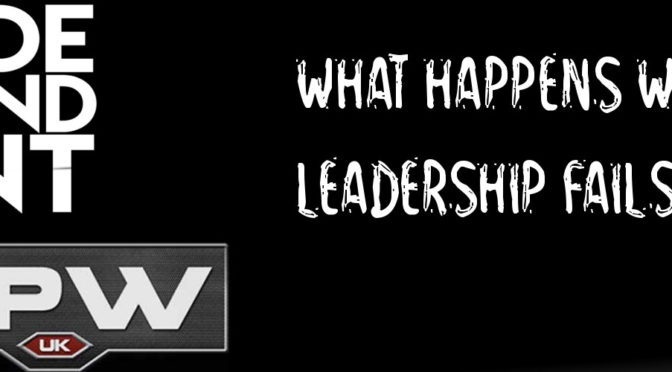 RevPro, formally known as Revolution Pro Wrestling, is the last big indy fed in the UK that hasn’t been absorbed or gotten in bed with the WWE.  The promotion has a tight relationship with New Japan Pro Wrestling and has used the partnership to further grow as a brand.

In a year where so much damage has been done to the scene by the WWE and their incursion into the territory, who would of thought the biggest black eye would come from them?

In a tag team match that would determine competitors for the NJPW Royal Quest event, The Aussie Open took on Josh Bodom and Sha Samuels.  The match would send the winners (The Aussie Open) to the NJPW event to face off with The Guerrilla’s of Destiny.

The referee in the match, Aaren Wilde counted a pinfall early on Bodom, resulting in the match ending five minutes early.  Because of the botched ending, via Bodom, Wilde was scooped slam by Sha Samuels and then pulled from the ring and assaulted by Bodom;

I’m more so shocked no one is running in to help this guy. Bunch of hero’s here…

Footage of referee Aaren Wilde being assaulted after a match at Revolution Pro by Josh Bodom last week after counting a pin because Josh forgot to raise his shoulders bringing the match to an early close, resulting injuries forced Aaren to retire, this is unacceptable #RevPro. https://t.co/pavgljcn7U

Samuels went running to Twitter this morning, showing a very bad video of the referee eating mat shoulder first, clearly not sure how to take the bump.  Bodom for his part deleted his Twitter account to avoid the public backlash that’s developing.

The ref took to Twitter yesterday, which is where the uproar started, and revealed that the injuries he sustained were so severe from the unmotivated assault that he’s now forced to stop reffing not just pro wrestling, but his actual job as a soccer ref as well

Last weekend at RevPro I was attacked after the Royal Quest tag match. This was not part of the show, it was not planned.

I was grabbed and slammed to the mat by Sha and then something happened on the outside. I honesty don’t know what, that part was a blur.

As a result, I have sustained a much-more-serious-than-originally-thought neck and shoulder injury that means I am no longer able to referee.

I hate the term ‘retire’, so I’ll say this; I am indefinitely unable to referee due to medical restrictions.

The intended winners (Aussies) still won, albeit 5 minutes quicker on a show that ran over by over 45 minutes. I am still shocked, upset and in disbelief at why this happened and why it has been condoned by RevPro/Andy Quildan.

I have spent the last 7/8 days in many feelings. Anger, sadness, frustration. I truly adored performing as a referee and now, at least for the foreseeable future, I am medically unable to do so.

I truly hope that I can recover to pursue it again.

There are so many things that can be said about last weekend, but I would prefer to not write an essay of negativity.

For now I am also unable to football referee (my main income) due to the injury.

If you have a few spare pennies, I won’t say no: https://t.co/tuglaZOcw1

The matter of payment has been discussed and sorted between myself and the relevant parties so, as promised to them, I will be removing this tweet.

I am not looking at mentions, direct messages etc. – I have literally only logged in to do this. https://t.co/c62jkVWiyb

Sha Samuels went to Twitter as well, and posted the following

I’m going to address this once, and that’s it. A mistake happened during our match last week. As a performer, thinking on my feet, I scoop slammed the referee (as safely as possible) and cut a promo saying it was a “stitch up”. …….

I got kicked in the face to the pleasure of the audience for my trouble and hoped the mistake was forgotten about. At the time I was only concerned about the integrity of the match. We spoke afterwards, and all seemed well.

I genuinely believed I had done nothing wrong, but have now had my eyes opened and educated to the fact that regardless how safe you are, you should never assume it is ok to get physical with a non-wrestling member of the crew on the fly. I guess I have been too comfortable with

the way things used to be. Things are different now.

I have reached out to Aaren privately and understand if he wants to take his time to get back to me, or if he doesn’t want to speak to me at all.

I wish he had reached out to me privately…..

I would never endanger anyone in a professional environment, no matter what the issue.

My peers know how safe and professional I am and can only apologise again to anyone who has been affected.

Wasn’t meant to share this, but feel I need to protect myself. Here is the slam, as you can see I’ve protected him.

Enjoy the rest of your Sunday. pic.twitter.com/5jvmkePQfZ

And of course the “brave hero”, Bodom is now nowhere to be scene. 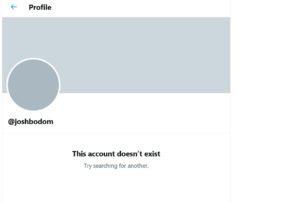 RevPro has not commented publicly on the situation via their official account as of this write up. Samuels, who’s apart of David Starr’s “Independent” brand, has not been removed publicly either from it.  Starr retweeted a comment about not attacking the crew but did not put out a public comment; yet.

Maybe this is why David Starr & his T-shirt line won’t outright take a stand against Sha Samuels & Josh Bodom attacking the ref at Rev Pro. Conflict of interest much✌🏽 pic.twitter.com/XNv5WP0yt0

The official brand sponsor @WeTheIndie only condemned the violence of Bodom but not Samuels, saying;

All I had heard about was a body slam, but this…NO.

Starr, We the Independent and RevPro are in a crucial moment in their legacies and careers here.  A man had to retire from his real-world-work because two men didn’t know how to handle a situation like men.

What will Starr, the socialist of the squared circle, do to make things right?  Will he donate the entire years worth of earnings for the brand he runs to pay for this referee’s bills?

Now that would truly be an independent idea.

As I was finishing up the post and mere seconds away from posting it, RevPro sent out this update.

I wouldn’t be surprised if We the Independent were waiting to see what RevPro’s stance on Samuels would be before going forward with any judgement on him.  With RevPro choosing to not punish Samuels, they’re sending the message that they’ll protect you if they think they can.

Samuels may of not been the biggest aggressor in the situation, but he did out and out add to the injuries of referee Aaren Wilde and was just as responsible for what happened.  Hell, one could argue if Samuels hadn’t done something first, maybe things wouldn’t of escalated.  It’s clear though that if you’re a big enough name that the scene will protect you.

There is more news now about RevPro, specifically that there was an attempted cover up (allegedly) by one of the heads of the promotion, Andy Quildan.  He denies ever seeing the assault of Aaren Wilde by Josh Bodom, despite camera’s clearly showing the scene being filmed, as well as a screen cap by Bodom showing Quildan siding Bodom and sounding like he intends to bury the situation to protect him.

Just a reminder that the owner of Rev Pro lied & said there were no cameras recording the ref being attacked by Bodom. Then, Bodom releases this DM where the owner says he has his back against “this ref kicking up a shit storm on twitter.” Scumbag. pic.twitter.com/H6nEMk07k3

As of right now, accusations of their over up has not been met with any reaction.