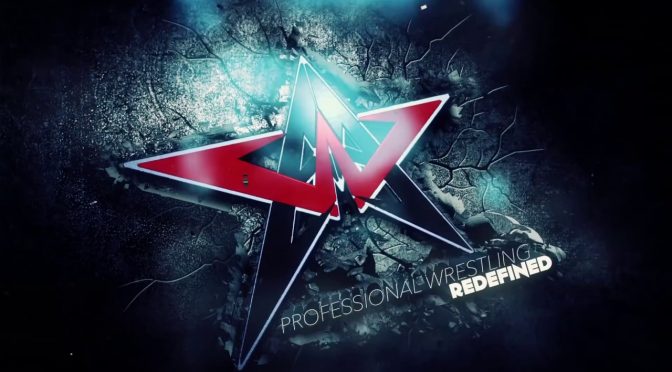 Boy, when Ethan Page steps in it, he really steps in it, eh?  After calling out AAW, a Chicago promotion, for giving wrestlers ultimatums on where they can work, the promotion is now under fire externally.

For those who didn’t read the previous article, AAW owner Danny Daniels has been accused of, and himself confirmed a practice in which he threatens to stop booking talent who work in Chicago if they work for another area-based promotion; namely Warrior Wrestling.

Warrior Wrestling has gained a name in recent years because of their fundraising shows which help local area private school children who are in need of scholarship money.  A pretty noble cause.  Daniels is actively trying to poach talent from Warrior Wrestling, and is doing so in the shadiest and most underhanded way possible; by lying.

Daniels is on record saying that if someone works in the Chicago-area,they won’t work on an AAW show.  Yet, Sami Callihan, oVe, Kylie Rae, The Lucha Bros, Ace Austin and others work for AAW, Warrior Wrestling and Major League Wrestling when they film in the area.  So clearly Daniels isn’t being consistent about this “policy”.

Made worse is the accusations against Daniels involving IWA: Mid South, Ian Rotten’s promotion. Apparently Rotten tried to pull the same kind of practice; where if he had shows in Chicago and talent were booked for AAW, Rotten would pull them from the IWA card.  As IWA was much bigger than AAW at the time, talent picked Rotten’s promotion over Daniels’.  Now that AAW is the bigger fed, Daniels is doing the same thing he was vocal against at one time.  Funny how times change.

There’s been a lot of chatter about how Aaw runs their business. I don’t force anyone to work for me. We don’t have the finances to offer contracts so how would that be even possible? But since it’s our money on the line, we should be able to pick who works for us right?

It’s our choice to not use talent who work in the area. Do I want the best talent to work for AAW? Of course because our fans demand it. But we have to be wise that everyone on the roster is worth taking the financial risk on. Trying to be different is the goal.

This is my official statement that I sent to a few wrestling websites that asked about ⁦@AAWPro⁩ booking policy. This is my final statement on it. If you want to chat about it privately, my DMs are open pic.twitter.com/BFQwJ3tjss

It’s in that third tweet where the truth starts to go from “Just trying to have an original lineup” to blatant lies.  Firstly, before the lie-salad, wrestlers are not the draw.  The match-up’s are the draw.  If you put Conor McGregor against Nolan Nobody in a square dance competition, you think you’ll draw the same as you would McGregor vs. Khabib II?  Of course you wouldn’t, why?  You’re not just selling characters, you’re selling the fight.

If you run Sami Callihan vs. Dezmond Xavier on three different cards, on three different nights, in the same town; yes that’s over saturation.  If you ran Sami vs. Dezmond one night, and Sami and oVe vs. The Rascalz for a different promotion the next night, before finally running Sami vs. Hornswoggle in a Death Match the last night; is that not being different?   Let the best match-up’s decide if fans come see you.  You’re a fight promoter after all; not American Idol.  Book a fight!  No one is coming to see Sami “play the hits”.  They’re coming to see Sami fight.

So let the guys fight.

Secondly, back to the lie-salad, Daniels claims he doesn’t tell people where to work, BUT, Warrior Wrestling juts posted this Tweet indicating Daniels is a “liar-liar-pants-on-fire” type of person.

Unfortunately, Ace Austin & The Rascalz have chosen to bail on Warrior Wrestling 5 on Sunday, May 12th, in Chicago Heights due to external pressures. Our scramble match is being retooled. We still have an incredible card and will be announcing more soon! Stay tuned… pic.twitter.com/GMKkrCvDKA

External pressures is a great band name by the way.  It’s also proof (alongside Page’s public comments) that Daniels is lying to fans and wrestlers alike.  It’s completely ok for Daniels to decide who works for him and who doesn’t; except if the decision is about wrestlers working versus not working.  If he didn’t want to book talent who worked for Warrior Wrestling the same night AAW ran a show; ok, I get that.  If he didn’t want to book a talent because an AAW wrestler worked for Warrior Wrestling or Black Label wrestling on a night AAW wasn’t running a show, then that’s pretty petty.

Especially when you again consider this isn’t even about headlining acts.  This is about the under-paid, undercard wrestlers who really have no real name value.  That’s who he’s punishing the most.  Younger guys are buying into this predatory practice too, which is just so sad.

Sure, there are proponents for AAW.  Men like Brian Pillman Jr., Eddie Kingston, Jimmy Jacobs (who has close ties to AAW) and Jake Deaner support the idea of AAW being able to black list talent simply for making a living.

Which is what they’re doing.  AAW is black listing talent who “betray” AAW, all because talent have the audacity to want to make a living.  There are wrestlers who support punishing them.  Think about that.  Just let that settle in.  They’re defending that practice.

If you think there are two sides to this argument, you’re wrong.  There aren’t.  This isn’t about AAW opting to not work with talent who prefer working elsewhere.  They’re still doing so.  Pentagon and Sami Callihan aren’t being taken off of bookings.  It’s about AAW threatening younger talent that they won’t be booked if they work elsewhere. They can’t even stay consistent on their own company policies.

That gets lost in translation.

And no, there is no “extra pay” for this exclusivity.   That’s a question I see being asked a lot.

Think about how absurd this is in today’s day and age.  In 2019 we have trans women wrestling men in the most unique way to have inter-gender wrestling matches ever; but the wrestling industry is still pretending it’s 1950 with its business practices.  Anyone who defends this type of behavior is narrow minded and short sighted.  Especially when it’s already been proven that this is not standard policy and AAW picks and chooses how They’ll enforce this rule.

AAW, keeping the awful past alive.