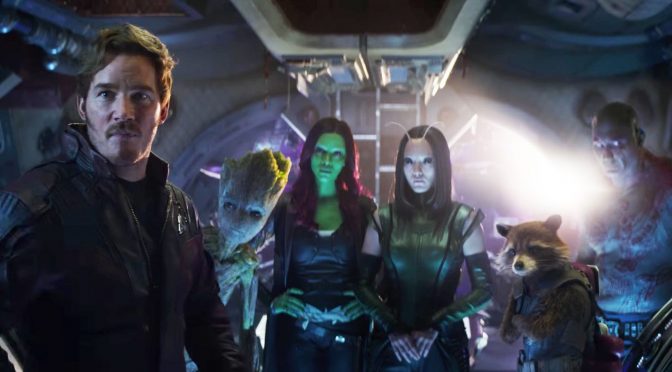 Disney and Marvel proved they’re incapable of sticking to their guns and brought back the unintentional punned James Gunn.  Now, don’t get me wrong, I get why they fired him and did think to a point they over reacted.  I understand both sides of this debate.

I wouldn’t even of been bothered if they retained him; I’m a big First Amendment believer.  Yet, I also wasn’t that upset in hindsight over his firings.  Yet, to waffle like this?  Typical.

That being said, Gunn is back with Guardians of the Galaxy and I’m not upset with the decision.  Deadline reported the news and stated that the man who fired him, Walt Disney Studio’s president Alan Horn, changed his mind after he saw how Gunn handled the firing and subsequent backlash.

It should be noted though that Dave Bautista was adamant about not doing another film unless Gunn’s script was used.  Bautista and Gunn are very close and there were rumors the former WWE Champion wouldn’t come back at all if Gunn wasn’t around.  The word also was that the other cast members were equally supportive.

So, this is less Horn doing the “right” thing and more about him doing the necessary thing.

For those worried about Gunn’s involvement with Suicide Squad 2, that appears to be a non-factor in all this as Gunn will finish the film as expected before starting work on Guardians 3.  What Gunn’s long-term status with the DCU will be is up in the air however.

DC Comics must hate Superman.  After giving control of the character over to the terrible writer that is Brian Michael Bendis, DC is again putting the Last Son of Krypton and the Man of Tomorrow through more 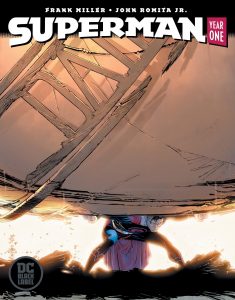 torture, with the announcement that Frank Miller will be taking over the helm of a new Superman mini-series; Superman: Year One.  Miller is known for his bombastic approach to writing and his pathetic use of sluts for emphasis.  The series will be released under the DC Black Label imprint, meaning it will be for mature readers.   The book is due out on November of 2019.   The official synopsis is below;

SUPERMAN: YEAR ONE is a coming-of-age story for the future Man of Steel, featuring a young alien-boy just trying to find his place in a new world. Faced with the need to hide his heritage and powers in order to survive, Clark will find his humanity through the grounding of the Kent family and the relationships that will define the man he will become. Told by two of the most revered voices in comics, SUPERMAN: YEAR ONE is more than a superhero story – it’s about the choices made by Clark Kent on his path to becoming a legend. It’s a testament to the importance of choosing to become a hero.

Marvel and Silver Surfer fans will get a new series by Danny Cates as he was announced as the writer for the upcoming Silver Surfer: Black series.  He’ll be joined by artist Tradd Moore and the book is set to drop in June.

By me and Tradd Moore.

You are not ready. pic.twitter.com/WJPtLzUsDR

Quick Hits – J.K. Simmons of Spider-Man fame, claims to know all the details about Ghostbusters 3, leading fans to speculate if he’ll be involved in the film.  Geeks Worldwide revealed a rumor they heard that The Flash film is set to start producing in November of this year.  Variety is reporting that SnapChat is set to unveil their own mobile gaming app called Snap.