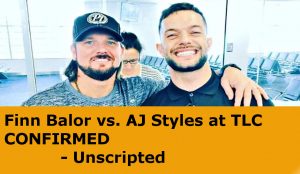 *It’s been confirmed that three talents have tested positive for mumps, names have been withheld, but we know who they are.*

On this edition of Unscripted, Chad tackles the mumps outbreak in the WWE, Styles and Balor finally facing off, Kurt Angle’s return to the ring, Taryn Terrell, Nia Jax and More!

We also announced that you can now submit nominees to the WrestleCorp Awards this year.

Listen here to find out what the categories are.

Submit your nominations in the comments or on Twitter @NerdCorp