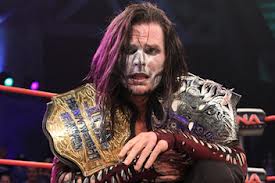 How Long is Jeff Hardy Out For? – Jeff Hardy will undergo rotator cuff surgery due to the events of Great Balls of Fire. At the event, Hardy dislocated his shoulder, and tore his labrum during the events of the match. The return for Hardy can be anywhere from 4-7 months, depending on the severity of the injury and the amount of time needed for it to heal properly.

RAW Rating – Enzo Amaore is ratings gold. After winning the Cruiserweight title at No Mercy, the RAW Ratings for this week were up a whole whopping….90,000 people. Smell that money? It should be noted that from a year ago, ratings for this week are actually up by about 80,000 people. Not a stellar performance, but for a bad year financially for the WWE, a slight bright spot.

IMPACT Going to Another Indy? – IMPACT has been using a lot of indy feds as taping grounds for additional content. One of those events is slated to be the December 9th WrestlePro event in New Jersey. Eli Drake and Alberto el Patron will be at the event, and it’s apparently going to see some filming for some reason at the event. It’s fair to say you’ll also see Mario Bakaro, KM and Fallah Bah at the event as well, as they wrestle in that region a lot.

Quick Hits – Kenny Omega to wrestle at ROH’s Global Wars against YOSHI-HASHI on October 15th in Odeum in Vila Park, Illinois. Kevin Owens is taking on Sami Zayn tonight on SmackDown allegedly. Paige has been cleared to return to the ring, and now only needs to return to in-ring-shape before the WWE can use her again.